Newcastle agency to up the ante

How this network landed 10 of REB’s Top 50 Sales Offices 2021
Rebrand adds 3 offices for Di Jones
Fast February: Proof the property market is moving like it’s 2003
Newcastle agency to up the ante
Will the end of JobSeeker impact the property market?

As the property market continues to go from strength to strength, the Reserve bank of Australia (RBA) has revealed its cash rate decision for the month of March. ...

Two industry players have revealed they are working together to offer vendors a choice of payment strategies when it com ...

Australians are turning to real estate websites by the millions in 2021. ...

Following discussions with the Australian government, Facebook has announced the reinstatement of the sharing of news on ...

Rex has revealed a brand-new product for agents — a purpose-built calendar. ...

What it takes to be an award-winning agency

This episode of Secrets of the Top 100 Agents sees Grace Ormsby joined by the Principal of the Year – Metropolitan and ...

This episode of Secrets of the Top 100 Agents sees Grace Ormsby joined by the winner of the Industry Thought Leader of t ...

How much emphasis are you placing on customer and client reviews? ...

The agency directors at the top of the game

This episode of Secrets of the Top 100 Agents sees Grace Ormsby joined by the directors of Buxton Ballarat — the numbe ...

What it takes to be an award-winning agency

This episode of Secrets of the Top 100 Agents sees Grace Ormsby joined by the Principal of the Year – Metropolitan and ...

This episode of Secrets of the Top 100 Agents sees Grace Ormsby joined by the winner of the Industry Thought Leader of t ...

How much emphasis are you placing on customer and client reviews? ...

The agency directors at the top of the game

This episode of Secrets of the Top 100 Agents sees Grace Ormsby joined by the directors of Buxton Ballarat — the numbe ...

New data has shown which of Australia’s capital city suburbs have the highest and the lowest vacancy rates. ...

Words of advice from an award-winning PM

The Property Manager of the Year – Metropolitan at the recent REB Awards 2021 has offered up some sage advice to those ...

4 ways BDMs can better add value to their business

The importance of a BDM in any real estate business should not be underestimated, according to an award-winning one, who ...

An economist has warned that Sydney and Melbourne’s inner-city apartment glut is showing no signs of easing. ...

Buyer Activity Surges By 203% Across Nation As Market EXPLODES
How to digitally connect to future sellers
High Touch Human Support At Scale: SOLVED
How I went from $300k GCI to $1.8m GCI With My Own Brand
How to get the best marketing campaign approved by your vendor 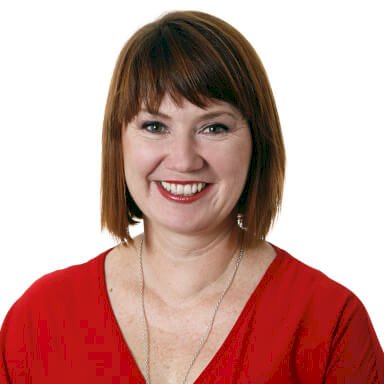 One of the biggest points of contention between property vendors and real estate agents is price expectations, and how they are determined.

From the real estate agents’ side, the stereotype goes that every vendor thinks their home is worth more than it is. Agents are therefore set up to fail when they cannot achieve – quickly – a sale that is 20 per cent over the median in a market that is 30 per cent worse than the last price peak.

From the vendors’ side, agents are overpaid smooth talkers who will tell you anything to get you to sign, and then spend the entire campaign trying to talk you down to get you to accept an insulting offer. Pricing, in the view of vendors, is a dark art that most agents practise poorly.

No wonder real estate agents rate so poorly in consumer trust surveys (such as Roy Morgan’s Image of Professions Survey), when the core of this push and pull is not a debate over the facts, but an argument over opinions and trust.

But the recent Consumer Perceptions of Real Estate survey by CoreLogic – the first survey in Australia to specifically examine the satisfaction levels of vendors in their engagement with agents – shed some light on how conversations about price and the old stereotypes can change.

The survey of more than 300 vendors who had used an agent (most within the past two years) found that the majority of vendors (74 per cent) actually achieved the price they expected – or higher.

The survey further identified that the agents with the strongest communication, negotiation and customer service skills were most likely to be rated ‘excellent’ by their vendors and receive glowing testimonials.

One of the most interesting findings was the level of vendor satisfaction achieved by agents who demonstrated best-practice use of key data and market insights.

Put simply, the agents that took the time and trouble to explain their market to vendors using data – not opinion – were significantly more likely to be rated excellent than those that did not.

At the other end of the spectrum, the agents who sought to keep their vendors in the dark, showing them as little data as possible, were most likely to receive a ‘poor’ or ‘unsatisfactory’ rating.

• Only 51 per cent of agents showed their vendors recent sales that their own office had made.

• Only 28 per cent of agents showed their vendors data that explained what the current time on market was in their area.

• Only 55 per cent of agents presented suburb information such as median prices and price growth to their vendors.

• Only 11 per cent of agents talked to their vendors about auction clearance rates in their suburb (although about 30 per cent of vendors chose this method of sale).

This insight has sparked rigorous debates with some agents, who tell me vendors can’t be trusted to understand property data correctly and that providing information around price just misleads them.

Here’s the thing: the internet has made this argument completely void. Vendors – and buyers – have access to property data now, whether or not their agents approve.

Rather than stopping your vendors and buyers seeing data, your efforts will be best spent in directing and guiding their interpretation of it.

The comments from the survey highlighted that this is exactly how the best agents do it. They know their clients have access to information, so they work with it.

Best-practice agents get ahead of the data curve by sharing with their vendors links to websites that they believe offer trustworthy data insights. They show their vendors easy-to-understand charts and graphs that help them create realistic expectations of price.

Top-rated agents walk their vendors through the data that they used, to show them how they came to the price they did. And if the data changes – through changing market conditions – they give them a fact-based update with revised recent sale insights. They don’t just have a chat. Trust is not achieved by asking for it, but by demonstrating trustworthy behaviour. 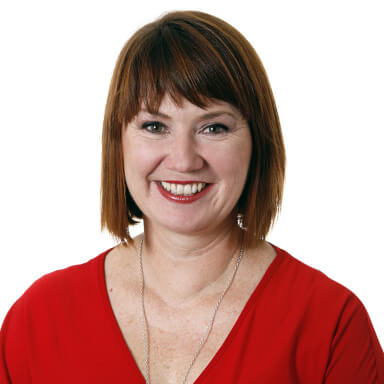 What the best agents do to be the best ...
How to get more listings in a tight market ...
The art and science of lead generation ...
2 comments
0 Shares 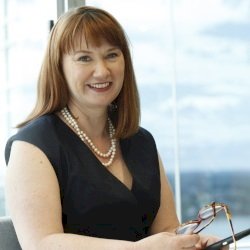 How good leadership (and a lack of pressure) can b ...

Buyer Activity Surges By 203% Across Nation As Market EXPLODES
How to digitally connect to future sellers
High Touch Human Support At Scale: SOLVED
How I went from $300k GCI to $1.8m GCI With My Own Brand
How to get the best marketing campaign approved by your vendor
REAL ESTATE BUSINESS NEWSLETTER
Ensure you never miss an issue of the Real Estate Business Bulletin. Enter your email to receive the latest real estate advice and tools to help you sell.