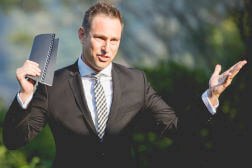 As a career auctioneer, people sometimes ask me how I work. They are often surprised to hear that I work with more agents than just BresicWhitneys. They also get a shock when I say I work only with career auctioneers.

It's reasonably apparent in the industry that there are two types of auctioneers. Those who do it for "a bit of cash on the side” and those who look at it as a career, a craft.  There are those that want to hone their skills and take the responsibility of selling someone's biggest asset, very, very seriously and those that toy with it.

To my mind being an agent and an auctioneer are two separate crafts.

Jack of all trades, master of none

We’ve all heard the saying, and we all know it’s is best to dedicate your time to master one skill. In general – in life. But I think this is particularly true in real estate.

Increasingly, we are seeing specialisation is necessary, because consumers are demanding more expertise in home sales than they ever have before. They are educated and they want the best, and they want to see the value agents and auctioneers can add.

Seven years ago, I was one of those who just did auctions to top-up my nine-to-five Monday-to-Friday job. But things changed and four years ago my approach totally changed. I took the time to understand the responsibility of an auctioneer and the intricacies of the craft.

The auctioneers I choose to work with now, have decided to follow a similar path to my own.

The strategy of focusing just on auctioneering, once again comes down to craft and to being “auction fit”.

For those who go into auctioneering they’ll discover it is deeper than it first appears. Take, for example, the invitations to attend state and Australasian auctioneering championships. Now these are events that can really take you out of your comfort zone. They test you in situations that have a remote chance of actually occurring in real life, but these are situations you may be faced with in the course of practising. The ability to remain composed, think on your feet and remain in control are elements the judges score you on.

Executing at a high level in these situations reflects your ability to handle the toughest aspects of a Saturday auction.

The couple of wins I have had in the NSW auction championships have been nice, but it's the translation of the execution to a Saturday on-site, or midweek in-room auction, that’s most important to me.

In NSW we have some very good auctioneers in the fraternity. Scott Kennedy Green and Damien Cooley, are perhaps two of the best I have seen.

They have been at the top of their game and at the forefront of some of Sydney's biggest auction sales for some time.

Now that I have an increased involvement with some of Sydney's more significant sales, it only makes sense to me to continue to work and develop the craft I’ve chosen. I believe in mentoring others who are coming up through the ranks and I am still mentored myself to make sure I keep improving.

This year I chose to work with Jason Andrew as my mentor. Being that he was the last Australian winner of the Australasian auctioneering championships, it made good sense to me.

Training keeps me in shape

There are times in an auctioneer’s career when winning is more important than value, for those who are bidding. There are times when neither party is prepared to lose. I have been involved in fast-paced bidding sequences in excess of 150 bids, and I can tell you they are mentally very tiring. Then when an odd increment gets thrown at you (and they don't give us calculators) you have to be ready.

Competing in state and national auction championships make you 'auction fit' and ready to handle the toughest of bidding sequences. It also means you are across the industry standard and actively involved in helping to raise the bar.

I know auctioneering isn’t for everyone. But if you love adrenalin, know the game and want a great lifestyle, then you’ll find auctioneering is a spectacularly exhilarating profession.

I wouldn’t change it for quids.

[Related: The Hammer Diaries: Are all auctions created equal?] 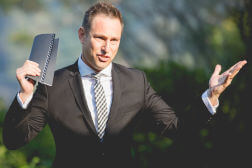 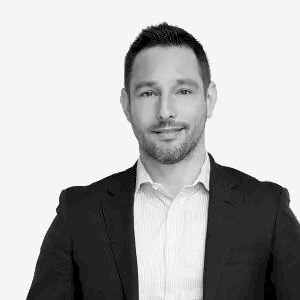