You’re not average, and neither are your buyers 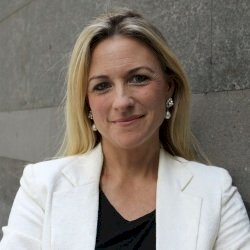 As an agent, you probably get annoyed when you hear the media talk about the national property market. Why? Because of Sydney.

The Sydney boom is now over. In the last three months of 2017, the median price fell by 2.1 per cent, according to the latest CoreLogic stats. This downturn has started to affect our national statistics, which also fell over the last quarter. It has also started to influence national property journalists who are focused on Sydney’s fall from grace.

Which is why 2018 will be the year of negative property stories.

But Australia doesn’t have one single housing market. There are 560 councils scattered across the country and, if you’re like most agents, you probably work in just one or two of these areas. Perhaps three at a stretch. That’s your property market, and in your local patch, conditions might be very different. Everything else should be largely irrelevant.

While it’s easy enough for you to ignore the media hype, it’s worth pointing out any anomalies to your clients. After all, it’s impossible to stop them from reading the headlines, so a few well-timed phone calls to update them on their local market might be worth making throughout the year.

Not all mortgages are created equal

The four broad categories of borrower can then be broken down into numerous sub-categories based on LVR, loan size, employment status, postcode and other variables.

So, just as you should take commentary about the property market with a grain of salt, you should also keep an open mind whenever the media discusses interest rates. Even though average interest rates are likely to rise in 2018, rates for certain types of borrower might actually go backwards, particularly if they opt to refinance.

You’re not average, and neither are your buyers