Did the APRA changes push prices up instead of cool them? In recent years, there have been changes forced on to lenders by the Australian Prudential Regulatory Authority to ensure that investors do not put themselves at risk. What this ironically did was to force the market upwards. Let me explain.

These changes stunted the movement of sophisticated investors and promoted increasing the purchasing power of first-time investors who did not know the marketplace.

The hot Sydney market was creating uncertainty and the rising prices on a monthly basis were not in line with historical capital growth. Some opinions say that doomsday is on its way. I do not believe so. However, something needed to be done and the result was not great.

Let’s first look at the reasons why APRA enforced its changes.

What APRA created was a set of rules and benchmarks that tightened up the lending practices. These include:

Those changes would make perfect sense except that the sophisticated investors have found it increasingly difficult to fund new and existing deals because of the amount of properties they own while first-time investors are finding it very easy to purchase their first investment property.

Let me explain with two scenarios:

Firstly, the sophisticated investor has a large investment portfolio. They have been involved in property for many years. They earn income from their property deals via positive cash flow or profits from developments.

They sat at a 60–80 per cent LVR and purchased properties to develop or increase the value and cash flow. The majority of the loans are sitting at interest-only and all below 5 per cent. They approach a lender to buy another property or to apply for a construction loan and the lender looks across the whole portfolio. Every loan from every lender that has given them a mortgage is now treated as an 8 per cent interest rate and principal and interest. This absolutely shatters the ability to further increase the portfolio or move forward.

The first-time investor has their own home. They have equity or savings and a reasonable job. They have a 90 per cent LVR and the new lender looks at the existing serviceability and sees no problem. They can afford it as they have their home loan, a PAYG job and no extra costs attributed that would incur them to not being given a loan.

Here is the rub. A sophisticated investor goes out looking for a deal, goes to an auction and has set their price. Firstly, they have set their price because they are educated and experienced and know that the value of a property is set on the outcome that they can achieve. Paying too much will not get them a desirable outcome.

The first-timers continue their ego-driven, APRA (un)regulated bidding to the point that it is driving the price well beyond the reserve. You hear the dulled internal squeal of the owners in the front bedroom, the silhouette of their dancing inside the un-renovated home after the hammer drops, 10–20 per cent above reserve!

The first-timer who has won the bidding war pretends to be cool and calm and internally they are emotionally confused about this huge negative gearing debt that will have a reality TV show renovation at 10 times the cost of what is really shown! Reality? I do not think so — but that is for another day.

The developer and sophisticated investor look at each other, roll their eyes and head to the next auction that pushed the market up even higher. The issue here being that APRA was forced to make changes, those changes affected the industry professionals that would have ensured the market was not driven by lack of experience and sustained growth over a longer period of time rather than an 18-month ramp.

APRA is required to protect, do not get me wrong; however, it would have been smarter for the changes in lending to activate a more balanced approach as a ratio of investments rather than a sledgehammer across the entire industry. Measured risk comes with measured experience. Soon there will be lenders not making the half-year profit gains and loosening up the market, and we wait in anticipation.

Did the APRA changes push prices up instead of cool them? 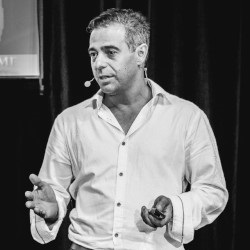