$50k boost on the cards for new property purchasers

How is the residential real estate market tracking?

New research has shed light on the current state of the residential real estate market, noting the worst is likely behind us as restrictions begin to ease and onsite property inspections open up. ...

New research has highlighted the “large discrepancy” between the average state loan and median house price in capita ...

The Western Australian government has launched a new service that aims to help tenants and landlords resolve COVID-19 t ...

While Perth, Darwin and Adelaide continue to grow amid the ongoing health crisis, Melbourne and Sydney may have a harder ... 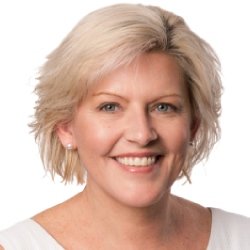 As heavy winter rains set in across much of the country, some landlords (and their PMs) will find out the hard way that roof maintenance needs to be a priority.

Rain trickling down a window can be mesmerising, but if it turns out the water is on the inside of the rental, then you can almost guarantee that feeling will turn to panic. Your mobile will trill and any plans you had to snuggle on the couch with a hot chocolate will be out the window while you’ll be out the door arranging urgent repairs.

Water, wind and storms can wreak havoc on even the best maintained roofs, but those lacking TLC are vulnerable to major damage. And owners can suffer an even bigger shock if it’s found that the damage was due to a lack of maintenance (for which they may hold you partially to blame).

It is important for landlords and PMs to know that adequate maintenance is a condition of cover in practically all building insurance policies. If the policyholder fails to maintain the premises, they can void the policy and claims where a lack of maintenance caused or contributed to damage or loss are likely to be declined.

Maintenance failings can end up being expensive lessons for landlords and their PMs. And frequently failing to keep up with the upkeep of the roof is the culprit. Recently, we declined a claim for just this reason.

The owner of a rental in NSW lodged a claim for storm damage to the interior ceilings of the property. When we received the photos, there was a lot of old water staining and mould on ceilings throughout the property. We appointed an assessor to the claim and requested routine inspection reports from the policyholder. When we received the assessor’s report, the tenants confirmed the staining was present when they moved into the property almost a year earlier… and it got worse each time it rained.

The routine inspection reports also confirmed that damage had been present for a while and had worsened over time. There was a maintenance note on one of the reports for the owner to have the roof checked, as this was where the leaks were coming from. The owner had never had the work done and, as such, the claim was declined for failing to mitigate a loss, gradual deterioration, and damage not from a single insured event. By failing to meet their obligations under cover, the landlord had to foot the $7,500 damage bill.

The takeaway? Whether the roof is tin, tile or thatch, it’s important to get a building inspector to check its condition and attend to any maintenance works before a small problem turns into an uninsured major repair job.

Inspections are also a good time for PMs to do a few visual checks inside the property to see if there are any obvious issues stemming from above. PMs should inspect for:

Tenants can be an invaluable warning system that there are problems. If they call to say there might be a problem with the roof, it’s a good idea to get a professional — roof plumber, roof tiler, restoration specialist — on site as soon as possible.

A few dollars spent to address minor issues today could save thousands down the track, safeguard the property’s insurance cover and give you a better chance of spending a blustering rain-soaked day with a boxset rather than a brolly! How is the residential real estate market tracking ...