The impact of COVID-19 on real estate businesses revealed

For collaborative leaders and valued teams, it’s always a good time to be in real estate, according to a network chief. ...

How agents can best utilise proptech

With digital disruption showing no signs of slowing down, agents are being encouraged to utilise technology, rather than ...

The owner and CEO of an elite Queensland agency has revealed how being conscious of both print and digital marketing has ...

6 predictions for real estate in 2020

It’s the start not just of a new year, but a new decade. With the rise of proptech and so much technology enabling cha ...

A new association has been rolled out which seeks to raise awareness of proptech within Australia’s real estate sector ...

Eviction freeze only fixes one side of rental equa ...

The government is being urged to implement immediate rental subsidies for tenants bearing the brunt of COVID-19. ...

In what’s being described as a market-first, BMT Tax Depreciation has launched a new online calculator which it says w ...

Strategies to help your tenant if they are affecte ...

Many businesses over the next few months will be forced to shut their doors to slow the spread of COVID-19. The importan ... 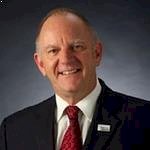 Low activity in the market is fuelling concerns about long‑term growth, but are those concerns justified?

The naysayers may have you believe that the Australian housing market is in a state of disarray, characterised by falling house prices and a housing bubble hanging over our heads, threatening to cause havoc within the market.

Well, yes, the market is softening slightly, but the state of the housing market is not quite as drastic as some may believe – and the Real Estate Institute of Australia (REIA) has the research to prove it. So, what are we seeing in the market? It is important to understand that house prices, while increasing over time, have periods when price growth either subsides or decreases.

However, the fundamentals are there for continued growth. The drivers of this growth will come from lack of supply, population growth and changes in the household formation rate. Current lower activity levels in the market have to be seen in the context of the increased buyer levels of 2009 and the earlier part of 2010. Post-GFC lower interest rates stimulated interest in house buyers. The temporary slowdown in housing price growth can be attributed to several factors, including: A more conservative outlook in home buyers, reflecting concerns about economic growth in the two-speed economy Increased savings, reflecting an aversion to debt in current economic circumstances Affordability reaching a record low Seven consecutive interest rate increases A retreat from the market of first home buyers, the group which provides the catalyst for other buyers to trade up It is important to note that the house price growth rate, although slowing, is at the ten-year annual average of 6.1 per cent. Compared with the same quarter of the previous year, house prices increased 6.1 per cent nationally.

What is important to understand is that the house price-to-income ratio, which is generally calculated using average income, is not an accurate and sufficient indicator of housing overvaluation. This is because it is an average measure that covers the whole population, whereas house prices are determined by a set
of buyers whose incomes are most likely to be higher than the average income. The REIA has written an in-depth analysis on the limitations of the price-to-income ratio as an indicator of a possible housing bubble.

The report is available at www.reia.com.au. 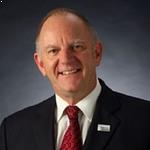 The ‘boss’ business model and why it no longer ...