An industry heavyweight has announced that she will be joining the team at LJ Hooker Coomera/Ormeau as the new co-principal agent. ...

Why creating a successful culture is good for business

New feature ‘to take property matching to the ne ...

ActivePipe has launched a new feature which aims to clear the way for a near fully automated service. ...

An Australian property service and technology provider has closed a deal worth $3 million, further cementing its status ...

In this episode of Secrets of the Top 100 Agents, Dr Nicola Powell unpacks the key trends she’s uncovered in Domain’ ...

What competitive sport and real estate have in com ...

Kate Smith developed a love of real estate while working as a receptionist at her mother’s agency, Harcourt Smith, whi ...

In this episode of Secrets of the Top 100 Agents, Dr Nicola Powell unpacks the key trends she’s uncovered in Domain’ ...

What competitive sport and real estate have in com ...

Kate Smith developed a love of real estate while working as a receptionist at her mother’s agency, Harcourt Smith, whi ...

The Reserve Bank of Australia has revised its outlook for dwelling investment, as the second lockdown in Victoria is lik ...

Why concerns about the so-called economic ‘cliff ...

Many commentators have been pointing to the end of September as a danger zone for the economy, writes David Hancock. ...

The COVID-19 health pandemic has triggered the fourth consecutive decline in dwelling approvals, according to the latest ...

COVID-19 hasn’t dampened international interest in Australian property, with the Brits proving Down Under is still in ... 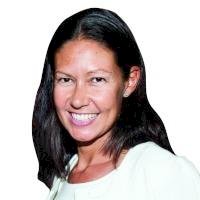 Ever feel like your internal meetings aren't quite as effective as they could be? That’s completely normal.

In fact, as high-performance coaches, we see hours of time being wasted each week by large and small organisations just because people don’t follow the golden rules for effective meetings.

When we talk about high performance, we focus on how to improve energy and reduce the effort involved in doing so, using the context of brain (structure), body (physical being) and belief (mindset for high performance). Therefore, we have used the brain, body and belief approach to enhancing the energy and productivity of your meetings. Here are a few tips you may not already be using.

No agenda = no meeting

This point is the first point for a reason. Without a clear agenda it’s impossible to determine whether the meeting actually needs to take place – and if it does need to take place, then it’s important to determine exactly how much time should be required. People often block out one hour or half an hour just because it works better for Outlook, and so meetings that should be finished in far less time often end up taking the hour.

So if it should only take 20 minutes or 35 minutes then only schedule it for that time, so that you can do other things with your remaining time.

We have seen many hours of time saved on a weekly basis when people instigate this rule.

Who needs to be in them?

Ensure that only people who need to have input in the meeting are actually in the meeting. Everyone else can be debriefed later in a shorter space of time.

Time of the day

If you are having a team meeting to get everyone energised, and your team are not morning people, it probably makes sense to have it at a time when everyone is at their best – perhaps late morning or further into the afternoon.

You don’t need an accounting degree to work out that four people waiting three minutes for one latecomer equals 12 minutes of time wasted for the business. And, yes, for those accountants out there, that is two units of traditional ‘chargeable time’.

The person walking in is basically saying that three minutes of their time is worth more than 12 minutes of everyone else’s time. A little rude, one might say. Even if you are the principal of the practice, it’s best not to think this way as everyone else’s productivity essentially hits your bottom line.

I’ve seen some businesses instigate a lockout rule. If you aren’t in at the start time of the meeting you won’t be let in due to the disruption that may be caused. This might sounds a little harsh, but it certainly works to get people to show up on time.

MRI results of brains have shown that if you want increase your creativity, productivity, focus and strategic thinking then it’s best to be on the move. Light-bulb ideas rarely happen while sitting down.

So you may actually get through your agenda in far less time if you are standing or walking for the meeting.

Empower your staff to set the agenda and chair the meeting

Practice principals often find the preparation for meetings to be quite energy-draining and time-consuming. Why not empower your staff to do that? It will give them more ownership and buy-in to the process to make the meeting more effective.

Make the meeting a positive experience

Positive psychology principles have shown that to potentially increase your productivity and profitability by up to 40 per cent, you want a team that is around three times more positive than they are negative.

So when running a team meeting, it makes sense to make sure people are focusing on positive things such as how the client has benefited from certain actions. Exercises such as ‘what went well’, where people need to discuss things that have gone well, and why, will help to increase this positivity ratio, so that when people leave the meeting they are more energised to be productive.

It makes sense to treat your internal meetings with the same respect and enthusiasm you would a client meeting. You want to show your clients that you respect them and leave them with a positive feeling that will show that you have their best interests at heart, as well as increase the likelihood of referring you to someone else who could also benefit from your services. Why would you and your staff want anything else for each other? 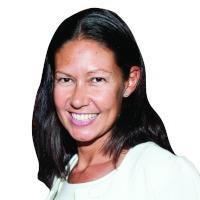 Follow through to success ...
OPINION: Cut the crap and make more money ...
Get things done and succeed ...
0 comments
0 Shares

Vanessa Bennett is a high performance coach with Inside 80 Performance, improving the performance of both individuals and teams.