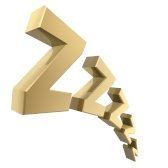 Flat-fee agency Purplebricks has launched in Australia, but so far it hasn’t been well received by the country’s real estate cognoscenti.

The general consensus is that the platform will only attract 'lazy' agents and that vendors will end up being short-changed by the flat-fee model, if the feedback on REB is anything to go by.

“I know a few local area experts and there is no way any expert is going to work for any office on such a low fee structure,” one regular REB commenter wrote online.

“They will only attract new agents who don't know any better, or agents that cannot list and need the listings fed to them. If any vendor wants a lazy agent that does not have the skills to negotiate the highest selling price then Purplebricks is for them.”

Another of REB’s regular commenters made the point that there is seldom unhappiness if the agent’s commission and the seller’s price expectation are aligned, and that “agents who have a stake in the ‘in-hand’ result work harder, longer and get better sale prices”.

He said it has placed 50 LPEs in Melbourne and Brisbane already.

“We are incredibly excited with the calibre of applications and their deep knowledge and expertise of the real estate market in Australia,” Mr Pervan told REB.

He expects to recruit as many as 300 within two years.

In the meantime, Purplebricks continues to insist that the current Australian commission model is “broken” and “unfair to the back pocket of Australians”.

“Offering a flat fee of $4,500 would open up more choice for Australians, which can save them thousands in what is already the most expensive asset they will ever sell,” said Mr Pervan.

But in spite of these reassurances, RE/MAX WA managing director Geoff Baldwin predicts that Purplebricks will fail in the Australian market.

He said Australian sellers have a higher real estate expectation than their UK cousins, and will not support the hybrid agency in the long term – especially if it could not attract the services of the country’s better-calibre agents.

“If Purplebricks believes any significant volume of Australian sellers are going to be happy to represent themselves, they are in for the same disappointment experienced by the multitude of failed discounters that have come before them,” he said. 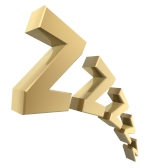 HomeBuilder has shut up shop — so what’s the i ...
AREC applauds return to live learning ...
Revealing REB’s brand-new podcast ...
5 comments
0 Shares
FROM THE WEB
Recommended by Spike Native Network
Make sure you never miss an episode by subscribing to us now on iTunes
And dont't forget to leave REB a review!