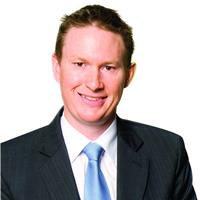 Former REIQ members sidelined by the peak industry body's ‘muscle-flexing’ attitude have accused the group of doing absolutely nothing to advance the real estate industry.

Speaking to Residential Property Manager, Rental Express director Chris Rolls said the REIQ, for a long time, has done little to advance the perception of the property management industry in Queensland.

“As a general rule a lot of the more progressive agents just don’t bother being members,” he said.

“They certainly do some things from a government perspective and they do a lot from a sales-perspective, but there are a couple of things they don’t do, and the first one is that they do little for the property management industry.”

Mr Rolls said his business resigned from the REIQ several years ago after they had a similar experience to Coral Sea.

“The reality is I would like to be a member to have input into what the REIQ does, but they do have an old-school approach to real estate practice,” he said.

"I agree with Coral Sea's perspective that it would not have been the general public complaing, but their competitors.

“I am very much a believer that the Coral Sea guys have done absolutely nothing wrong – what they have done is semi-controversial, and seriously, clearly it is a joke – good on them,” he added.

“I think there is a perception in the marketplace, of any industry body, to provide protection and compliance for the consumer, but I think the REIQ over the period of years that I have been a member – which is probably about 20 years – has drifted a long way away from protecting consumers and now very much has agents' interest first and foremost,” he told Residential Property Manager.

“I had a previous stoush with the REIQ with regards to an article they published basically telling agents it is illegal to release an owner from a property management contract without giving a minimum of 30 days’ notice.

“So what they were basically inferring is if someone was unhappy with your service, you were legally obliged to lock them in for 30 days,” he added.

Mr Podbury said “this is the kind stuff the REIQ does now; it uses fear to leverage advantage for agents”.

“And they have done exactly the same with us. They thought that by flexing significant muscle they could bully us, and we have done what we have done.

“Someone had to stand up and say ‘no’ – it is disappointing that an industry body has lost its way so badly,” he added.

The REIQ declined to comment, instead referring to a previous statement provided to Residential Property Manager.