The official cash rate will remain at a record-low 2.5 per cent “for the next year at least”, according to the Reserve Bank of Australia.

The cash rate has been at 2.5 per cent for 13 months after the Reserve Bank again chose not to act at its monthly meeting on September 2.

According to the minutes from the meeting, which were released yesterday, board members agreed that Australian banks were continuing to raise funds relatively cheaply.

“The average interest rate on all outstanding housing loans had fallen by around 15 basis points since the cash rate was reduced in August 2013.

“Members concluded their discussion of financial markets by noting that market pricing was for the cash rate to be unchanged at the September meeting and for the next year at least.”

The board also agreed there had not been a fall in mortgage lending standards and policies, despite the improved wholesale funding conditions driving an increase in competition.

“Members further observed that additional speculative demand could amplify the property price cycle and increase the potential for property prices to fall later,” the minutes said.

“The main risks in such a scenario would likely be to the stability of the macro-economy rather than the financial system, particularly if households were to react to declines in their wealth by cutting back on their spending.”

These risks require “ongoing close observation”, according to the board. 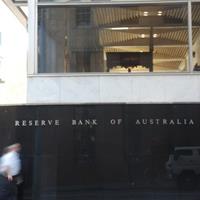