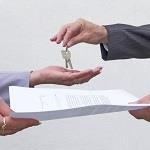 A barrage of new tenancy laws have come into effect in Tasmania, with the potential for more to be instated down the track.

The changes are set to introduce the country's first minimum standards for rentals, and other state and territory tenants’ unions are pushing for similar standards to be implemented elsewhere.

According to the Tenants’ Union of Tasmania, arguably of greatest benefit to tenants is the 42-day (six-week) notice period for an eviction at the end of a fixed-term lease, up from a minimum of 14 days.

“This change was sought by the Tenants’ Union to reduce the likelihood of homelessness resulting from forced evictions at the end of a lease,” it said.

For all leases after 1 October 2014, tenancies must be advertised at a fixed price and the landlord/property manager must not invite a tenant to bid higher than the advertised fixed price.

Tap washers and inaccessible light globes will be deemed to be urgent repair and therefore a landlord/agent responsibility.

If there is a Family Violence Order (FVO) in place to protect the tenant, the tenant may change the locks and security devices without the consent of the landlord/property manager.

A lease is immediately terminated if premises are deemed unfit to live in under the Public Health Act or if there is no surviving tenant in relation to the premises.

Other services that landlords/agents use to collect rent must not charge fees to the tenant.

There also must be 12 months between rent increases and at least 60 days’ notice, whereas previously it could be increased every six months.