Pensioners who rent in Brisbane are doing it tough as they can't afford the basic standard of living, says the Queensland Council of Social Service (QCOSS).

The latest cost of living report from QCOSS found single pensioners in the private rental market spend up to 49 per cent on housing costs, while couples spend 41 per cent.

QCOSS chief executive Mark Henley said rents had increased by 36 per cent in the past seven years, yet Commonwealth rental assistance only increased by 18 per cent.

"Anyone on the aged pension, whether they are a single person or a couple, are doing it very, very tough," he said.

"Particularly those in the private rental market, they are the ones that can't afford the most basic standard of living.

"When you take that [rent] out, it doesn't leave room for manoeuvring, particular if they face other issues in their life whether it is health or another crisis."

Mr Henley called for an increase in rent assistance and governments to encourage stimulus in the housing market, particularly smaller homes for the elderly.

"We also need to see that the aged pension is linked appropriately to the consumer price index," he said.

"And the other thing is to see some increased funding for community and public housing."

Mr Henley said many pensioners, who did not have the capital to live in a retirement village, were forced to rent in the private market because of the significant lack of available and appropriate social housing.

"While state and federal governments provide a range of allowances and concessions to help age pensioners meet everyday living costs, the fact is that the most disadvantaged are unable to afford even the most basic standard of living," he said. 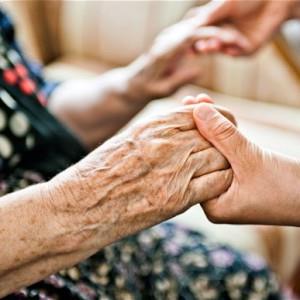