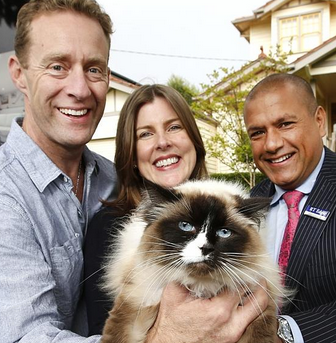 We here at Residential Property Manager draw the line at paying $140,000 for a cat. More importantly, we draw the line at throwing a moggy in to sweeten a house or property sale but who are we to criticise? It worked for one family recently.

The Perceval family of Glen Iris, Western Australia, recently auctioned off their five-bedroom family home for $2.2 million dollars, an increase of $140,000 when they decided to throw in Tiffany after the property was initially passed in at $2,060,000.

The bidder, whose child had fallen in love with the cat, made the offer for Tiffany despite the fact that the owners also had two dogs, two rabbits and a fish.

Estate agent Glen Coutinho said when he attempted to close the deal a ‘cat clause’ entered the sales contract. Judging from the photo, Tiffany is not impressed at all.