More Australians have given up on the property market, with triple the number of first home buyers preferring to rent than commit to a mortgage, new research has found.

The finder.com.au Home Loan Insights Survey of more than 1,000 Australians found that almost one in three (32 per cent) would prefer to rent than commit to buying a property.

The new figures offer a stark contrast to last year’s survey, where just one in 10 (10 per cent) said they would rather rent than buy.

There was also a spike in the number of Australians living at home longer, with 14 per cent admitting that it's easier to live with their parents, compared with 10 per cent last year.

"We weren't surprised that the Reserve Bank left the cash rate unchanged today, as all 37 leading experts and economists in the finder.com.au Reserve Bank Survey were forecasting the cash rate would hold at 2.5 per cent,” Ms Hutchison said.

“Despite the cash rate pause for the 15th consecutive board meeting, it has done little to renew first home buyer activity.”

The survey showed one positive sign of improved consumer confidence, as fewer Australians said they were concerned they won't be able to meet mortgage repayments – 16 per cent, as opposed to 29 per cent last year.

Finder.com.au said this mood is likely to change, with interest rates forecast to rise next year. 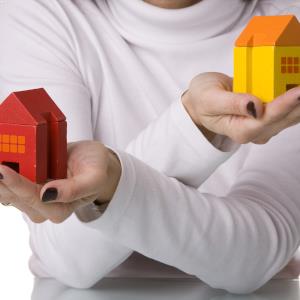