This New Year is expected to be particularly good for one capital city’s property market.

Place Estate Agents said recent figures indicate 2015 should be a year of steady growth for Brisbane.

The real estate group cited the latest CoreLogic RP Data figures, which show a wide gap in average property values in Brisbane compared to Sydney and Melbourne. Place Estate Agents said this suggests “a period of growth is imminent, despite some uncertainty surrounding the economy heading into the New Year”.

“When you compare Brisbane to Sydney and Melbourne, which have had those huge price growths over the past couple of years, we’re positioned better than most,” said Place CEO Damian Hackett.

“Brisbane’s housing prices are up 6.2 per cent and apartments are up 4.4 per cent in the last six months, which is the strongest growth we’ve seen for over five years.

“What the latest figures show is that conditions in Brisbane have been strengthening for the past 12 months, and we expect this to continue well into 2015.”

Mr Hackett said despite ongoing negative sentiment in the marketplace caused by the economy, unemployment levels and concerns about the federal government’s ability to get the Budget pushed through, real estate markets should continue to flourish, thanks to low interest rates.

“Lending conditions have had a significant impact on property in Australia as interest rates have been kept on hold by the Reserve Bank in December for the 16th consecutive month,” he said.

“This year was an exciting year for the Brisbane property market with strong results achieved, injecting feelings of confidence back into the market,” she said.

“Demand has been high and we started to see some growth with Brisbane gaining momentum off the back of the big upswings we saw in the southern states.”

While the number of properties being listed has started to climb, Mr Hackett said the current market still presents good opportunities for both buyers and sellers.

“[The upswing in listings] shows that Brisbane homeowners who have been holding off selling their property have realised that the current market presents a good opportunity to sell and reflects their confidence in the current market,” he said.

“We haven’t seen this volume of transactions happening since 2007.”

Mr Hackett said this was positive news, but had somewhat diluted the property market.

“Our statistics suggest we are less likely to see the 10 to 20 per cent price increase like we’ve seen in Sydney, which is probably a good thing, as the rate of growth isn’t sustainable," he said.

“But it is a good and positive message to go forward into the next 12 months with, as the buyers are definitely still out there – they just have a bigger pool of properties they can look at.” 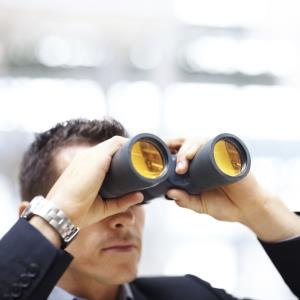