The Australian Bureau of Statistics (ABS) has admitted a 26 per cent error in its first home buyer statistics, potentially adding fuel to the regulator’s concerns about investor lending.

A new reporting method, announced by the ABS this week, has revealed there are 26 per cent more first home buyers in the market than previously claimed.

The latest housing finance figures put the number of first home buyers' loan commitments at 6,061 as of November 2014.

However, the revised figures put the number of commitments at 7,627, up 26 per cent.

The ABS has released an information paper detailing changes to its method of estimating loans to first home buyers.

This follows the ABS investigation of the accuracy of estimates for loans to first home buyers.

"However, subsequent analysis and follow-up with lenders has confirmed that the drop was partly due to under-reporting by some lenders,” Ms Hodges said.

Mortgage industry leaders have speculated that the true number of first home buyers in the market actually includes a high proportion of investors.

AFG state manager for NSW and ACT, Stephen Doyle, said at a recent aggregation leadership roundtable that young people are now seeking an investment property rather than an owner-occupied home.

"They live in their parents' five-bedroom home into their late 20s, they drive their parents' BMW, their first home is an investment property. I don't think they want to live in what they can afford," he said.

Firstmac’s Kim Cannon said that while the last three generations of Australians have wanted to own their own home, times have changed.

“I just don’t think the next generation want to move to the suburbs, 50 kilometres from the city,” Mr Cannon said.

“They don’t want to live in Penrith. They want to rent in Strathfield and maybe buy an investment property out in Kingswood or somewhere like that and rent it to somebody who works and lives out that way,” he said.

The ABS is working with the Australian Prudential Regulation Authority – which collects the first home buyer loan data for the ABS – to ensure all loans to first home buyers are recorded in the future, regardless of whether they receive a first home owner grant or not.

In the meantime, the ABS will adjust first home buyer data for this under-reporting using estimates based on data provided by lenders that reported correctly.

An ABS information paper describes the findings of the investigation, the new methodology and the extent of revisions as well as providing updated spreadsheets of previously published first home buyer statistics. 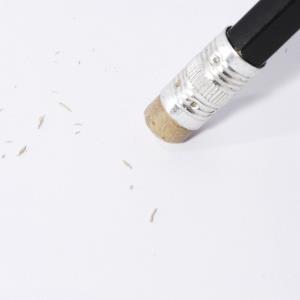