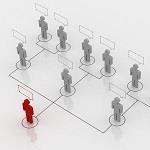 One prominent real estate chief has said it is “astonishing” how much harm agencies cause themselves by treating tenants poorly.

Starr Partners chief executive Douglas Driscoll told Residential Property Manager it never ceases to amaze him how badly most tenants are treated in the industry.

“I think if a business takes stock of this and actually looks at how much damage they are doing to themselves in regards to their brand and integrity by not dealing with tenants the right way – it is astonishing,” he said.

Mr Driscoll said it is not property managers that are primarily responsible for the damage, but principals.

“Business owners need to look at the life cycle and look at where the tenant goes after the tenancy,” he said.

“They just assume they disappear into the ether somewhere, but they don’t. They actually go on to either rent somewhere else, or buy and subsequently sell at some point.”

Mr Driscoll conducted an extensive study a few years back into the average client lifecycle.

“Of greatest concern, the study showed that once a tenant vacated a property, there was very little or no ongoing interaction, effectively spelling the end of the relationship,” he said.

“This was particularly alarming because a staggering 18 per cent of the tenants we tracked went on to purchase a property in the same suburb within three years.”

Mr Driscoll said rent rolls are potentially full of people who would promote the agency if they felt like they had received good service.

One way to win over tenants would be to give them a welcome pack when they move into a property, Mr Driscoll said.

“I don’t think I know anybody that does that - but how difficult would that generally be?” he said.

“Just a nice little two-three page document, professionally produced, ‘welcome to your new home, should you need anything these are our contact details and this is your local pizza restaurant’. What a nice touch.” 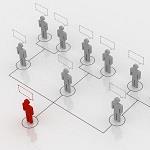