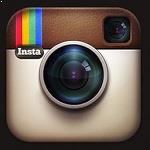 “When a man is not satisfied with the house where he lives, he becomes an architect.” – Renzo Piano

Renzo Piano is an internationally renowned architect from Italy who has been credited for redefining modern and post-modern architecture by the jury that awarded him the Pritzker Prize.

Here is a collection of some of Piano’s most significant completed works in Australia, Asia, the US and Europe.

Piano has several projects still under way including the Manhattanville campus of Columbia University in New York, the Centre of Botin Art of Santander in Spain and One Sydney Harbour in Sydney’s Barangaroo.

Wodonga real estate veterans join forces under OBrien READ MORE
Make sure you never miss an episode by subscribing to us now on iTunes
And dont't forget to leave REB a review!