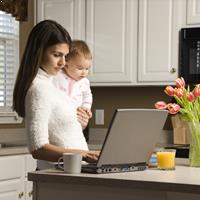 The influx of mobile technology will see more sales agents working virtually rather than in a physical office, according to the CEO of a leading network.

Chairman of CENTURY 21 Australasia Charles Tarbey said there was an emerging trend for agencies having a physical base that allows them to add more staff without requiring them to be physically in the office.

“There is that shopfront or office point of view, where people can go to plug in every now and then for some training, meetings and team time or signing up with clients, but there's a movement in my view where people can work literally from the boot of the car because of the internet,” he said.

“The change I see is in flexibility and being able to run your business from wherever you're standing at the time.”

CENTURY 21 has been web-based for over a decade, with agents able to use their phones to operate their entire business.

“They've been able to broadcast to their clients in real time, and it's only a matter now of getting more and more of those people on the ground who don't need supervision,” he said.

Independent agency in Queensland Finesse has operated without a shopfront since its inception in August 2010.

According to principal and licensee Shane Evans, the business has been successful, recording an 83 per cent conversion rate for 2013 and turning over $35 million.

“That’s not big in comparison to others, but for a virtual office and an independent, I’m proud of that fact,” he said.

Mr Evans said he considered his business a modern-day ‘David versus Goliath’ feat competing with major players in his marketplace. Success came down to being committed to the basics of real estate.

He added that the attitude was also essential to a virtual office’s success, with virtual agents needing to be hungry to succeed, self-motivated, goal setters and someone who loved challenges.

Mr Evans predicted more and more companies would adapt to the idea of a virtual office and that this trend would continue to grow.

While Mr Tarbey believed there were certain areas where a shopfront wasn’t necessary, he said they were still important for agencies to retain a public presence.