However, while remaining above the critical 50 points level that separates expansion from contraction, the Index was 4.4 points lower than the previous month, signalling a moderation in the industry’s rate of growth.

Despite this, Housing Industry Association (HIA) chief economist Harley Dale said the moderation in growth was of little concern and the fact construction had again expanded was good news.

“We spent three years, give or take, where the sector was contracting month in month out and now we have had three consecutive months where we have had an expansion in activity”.

“I think understandably that rate of expansion is not going to be of the same magnitude each month so I don’t put too much down to the fact it’s a slower rate of expansion in December, the key point is that regardless of the rate we are still in expansionary territory,” he said.

The overall index combines the performance of the residential, commercial and engineering construction sectors, of which residential was the clear stand out in December.

“I think it’s a positive result and I’m particularly encouraged by the fact that the residential components of the index are still expanding very strongly”.

“In fact they’re leading the overall positive results for the index as a whole, its quite clear that residential is out performing the commercial and engineering construction sectors and that’s consistent with what we are seeing with other indicators,” said Mr Dale

The main driver of the slower rate of expansion for the index was the engineering constitution component slipping back into negative territory.

“It’s not to say it not still at a healthy level but it’s probably not quite the same fast pace that it was and I’d expect that’s probably the explanation as to why we have got a dip in the engineering component of the overall index,” said Mr Dale. 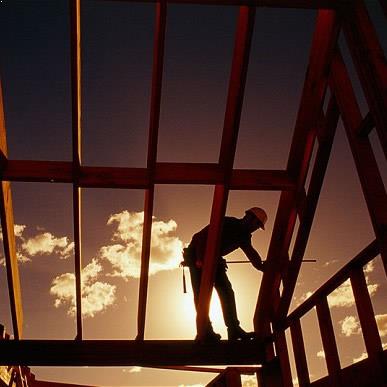