Vendors were more likely to accept low-ball offers and offer discounts on their asking prices over the past month.

According to the latest RP Data weekly market update, average vendor discounts for most states rose from the same time the month before.

The biggest discounts were seen in Hobart, where the average discount rose from 5.7 per cent to 8.8 per cent.

Owner and sales agent at Ray White Hobart Ant Manton told Real Estate Business that vendors were itching to get the transaction over and done with.

“I wouldn’t say it’s becoming a pattern; we’re seeing it with various properties in various suburbs, but increased vendor discounts are probably a reflection of more buyer activity," he said.

“There’s been more selling activity and a lot more offers around, so some vendors are accepting lower offers in order to get their properties sold.”

Darwin also saw a jump in this activity, with average vendor discounting rising from 5.6 per cent to 7.1 per cent.

Brisbane and Sydney followed with rises of 0.7 and 0.6 per cent respectively, while Perth, Melbourne and Adelaide stayed much the same. 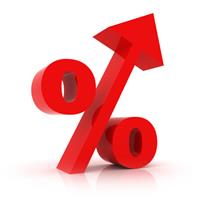