After months of back-and-forth negotiations with members, the REIQ website looks set to grow into a dominant online player.

Speaking with Real Estate Business, president of the Real Estate Institute of Queensland (REIQ) Anton Kardash admits it was a rocky start.

“Initially when we brought REIQ.com out, we didn’t really have a set marketing plan. But we’ve been doing a lot of TV commercials over the past two months and we actually have a marketing plan moving forward,” he said.

Heading up the initiative, executive manager of operations Steven Lines said the institute finally had the full support of members after launching in August.

“We’ve been on a roller coaster ride of support from members, and we’ve got them back onside and supporting it. There was a bit of frustration initially when one month it was free and the next you’re paying $25 per listing with no cap, but now we’ve capped that at $200,” he said.

But some agents are questioning the listing site's viability after marketing campaigns produced less than impressive consumer awareness.

“Every company who wants consumers to know their product advertises on a continual basis,” one agent told Real Estate Business.

“REIQ wants more support and I believe it will not get it until it gives back. It's high time it gave realestate.com some competition.

“It has nearly as many listings but unfortunately the public mostly have not heard about the site.”

But the REIQ has responded with a brand new consumer awareness campaign.

“From an overall marketing perspective, we initially invested in TV commercials and we’ve just recently invested into that further for brand awareness. We’re also finding success in billboards positioned strategically across the state," said Mr Lines.

“We’re up to 3.6 million page views since August, in excess of 18,000 referrals, average time on site is six minutes, which is outstanding, and visitors usually visit 11 pages. For a five month-old site, these results are very encouraging.”

Looking forward into 2014, Mr Lines claims the website will transform into much more than a listing portal.

“We’re migrating into a more network-driven service, enabling consumers to do things like search which agent has sold the most properties in a certain street and other data and figures that will not only help the consumer, but agents too," he said.

“We’re finishing the development phase now and looking to get it signed off in the next month or so.” 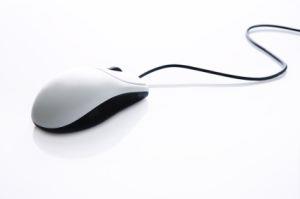