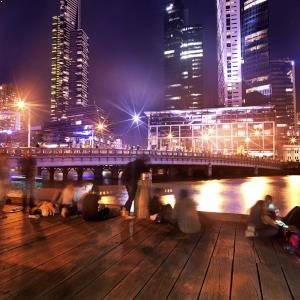 Melbourne’s planning laws are too restrictive, forcing developers to go for expensive high-rises that are costly to build and are blighting the city’s fabric, says director of Nyko Propery Bill Nikolouzakis.

Mr Nikolouzakis blames both local and state planning laws for “creating new zones that lock away huge parts of municipalities in suburbs with established infrastructure, driving development to very small pockets within suburbs”, which he says makes smaller unit blocks unprofitable to develop; the end result being “high-rise buildings towering over our suburbs”.

Writing for Real Estate Business’ sister publication, Mortgage Business, Mr Nikolouzakis believes the lack of suburban land for development means future developments will be bigger and costlier and housing will be less affordable.

Mr Nikolouzakis was also critical of the state government’s recently released Plan Melbourne document, which he believed did not provide enough clarity around local council’s role in development proposals.

“It is hard to know how they can do this if many of the councils have still not submitted a proposal. Even more worrying is that other councils have had their submissions rejected by state government, so their commitment to the whole plan is still very much up in the air.”

Mr Nikolouzakis believed developments were being rejected by councils to “keep their local constituents onside” when they’d met all the requirements of the local government residential code. This, he said, was creating delays, confusions and costly overruns for developers.

“There needs to be clarification about the role and power of councils in development applications,” he believed.

“An important step to creating confidence amongst developers and builders is to establish certainty and clarity in the application process. That can only make the development process quicker, and those savings will be passed onto the consumer,” he said.