With yet another major trust account fraud brought to light, industry leaders have said stricter penalties are needed to prevent further damage to the reputation of real estate professionals.

The comments followed the release of details surrounding a new fraud case, in which a former real estate agent has been banned from holding a real estate licence for eight years due to swindling $50,000 of trust account money.

Afif Shaba authorised his business, Northern Real Estate Pty Ltd, to fraudulently use tenants' rent that was owing to investors received between January and November 2012, the Victorian Civil and Administrative Tribunal (VCAT) found.

Mr Shaba was the sole director and the VCAT found him guilty of conduct that made him unfit to hold a licence. However, the ban is only for a period of eight years.

“When we are working in a field of responsibility, where we are handling other people’s money, I just don’t think you should be given a second chance.

“There are other ways to earn a living; they can do other things where the temptation is not in front of them - people who do that once, it is in their disposition,” he added.

Marshall White Toorak director and auctioneer Marcus Chiminello, who ranked in the top five of the Real Estate Business Top 100 Agents 2014, said a lot of real estate agencies, in the public’s perception, are not held in the highest regard.

“These types of agents acting fraudulently don’t do us any good, and don’t help enhance the reputation of real estate agents in the marketplace,” he told Real Estate Business.

“There should be harsher penalties or absolute zero tolerance, particularly when dealing with other people’s money.

“You should never be allowed to ever hold a real estate licence or sub-agent licence in your lifetime,” he added. 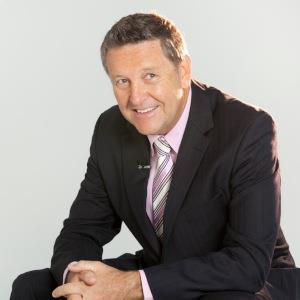