Sydney investors look to the Hunter Property prices in NSW’s Hunter region have surged by as much as 35 per cent in the past 12 months as Sydney investors look further afield for growth.

According to data released by PRDnationwide Newcastle and Lake Macquarie agencies, sales are up by $172 million to June, an increase of $42 million year on year. Sales volumes were also up, with 279 deals recorded between January and June this year, compared with 220 transactions in the first half of 2013.

The strong growth is believed to have come from investors – many from Sydney looking for better-priced options – and the agencies’ expanded sales teams.

PRDnationwide Newcastle and Lake Macquarie managing director Mark Kentwell added that they’d also not experienced the “traditional dip in transactions that occurs during the winter months”.

“The addition of five sales agents to our team has enabled us to be even more proactive in securing listings and finalising deals in this upbeat market,” Mr Kentwell said. “We see this strong sales trend continuing for the rest of 2014.”

“The flow-on effect of this prolonged activity has been sure and steady price growth over the past year,” Mr Kentwell said. “That is a reassuring sign for investors.”

Mr Kentwell agreed that a lot of new investors to the Hunter region were from Sydney looking for better value, since properties were often half the price. There had also been a lot of apartment building in the Newcastle CBD, which was fast transforming the city.

“They can see the faith government and the development industry are showing through infrastructure and major projects, and this has cemented their decision to invest here.”

Sydney investors look to the Hunter 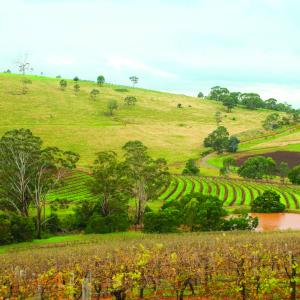