The Real Estate Institute of Australia (REIA) has asked REA Group to withdraw its trademark application for ‘realestate.com.au’.

If granted, the trademark could jeopardise the use of the term ‘real estate’ by other businesses and professional bodies, according to the REIA

“Given recent media reports about REA Group, its timing with this latest move to register realestate.com.au could hardly have been worse,” REIA president Peter Bushby said.

“REA once again appears to be making a technical grab for control of those things that belong to the industry at large."

“It has in the past tried to prohibit others from using the words ‘real estate’ in their domain names.”

Mr Bushby said there are concerns for the potential for REA once they own the term ‘real estate’ to oppose a number of other trademark applications or signs of competitor businesses.

REA Group brought legal proceeding against Real Estate 1 Ltd in October 2010 against its use of the domain and trading name realestate1.com.au.

Mr Bushby said because the term realestate.com.au was so generic and descriptive of the entire profession, its lack of distinctiveness was the primary ground of opposition by REIA and others in 2008, and the trademark application was subsequently withdrawn in June 2009.

“This is true, particularly given the size of the real estate industry and the number of businesses operating with the term realestate.com.au either in their business or domain name,” he said.

As at June 2013 there are 35,019 real estate services businesses operating in Australia, according to figures from the Australian Bureau of Statistics.

“A substantial proportion of those businesses use the phrase ‘real estate’ as part of their branding to assist consumers in identifying the industry and range of services that those businesses provide,” Mr Bushby said.

"Many also use a phrase that includes or is similar to realestate.com.au as part of their URL for the online delivery of their services."

The Real Estate Institute of Western Australia has also asked REA to withdraw its trademark application for the term ‘realestate.com.au’.
REIWA president David Airey said if this trademark was granted by the authorities it could jeopardise the use of the term ‘real estate’ by other businesses in the sector.
“The term ‘realestate.com.au’ is simply too generic and descriptive of the entire profession. Its lack of distinctiveness was the primary ground that industry groups opposed this move in 2008, and why the trademark application was subsequently withdrawn in June 2009,” Mr Airey said.
Mr Airey said that REIWA encouraged competition through quality service delivery by all players in the industry, but that the REA Group appeared to be making a technical grab for control of things that really belonged to the industry as a whole.
‘Real estate’ trademark threatens industry 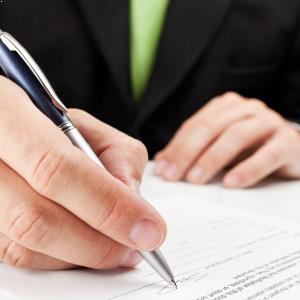