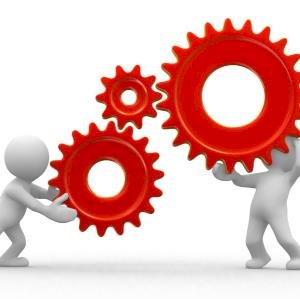 The Real Estate Institute of Australia (REIA) has highlighted the importance of negative gearing to the Australian property market, saying its removal could be detrimental to all property owners.

REIA chief executive Amanda Lynch said the federal Treasury is again pushing for the removal of negative gearing, and the rumour is modelling will be done on retaining it for new housing only.

“This is a serious threat not only for our profession and geared investors but potentially for all property owners,” she said.

“The arrangement keeps rents lower than they otherwise would be,” she added.

The Hawke government abolished negative gearing for property in 1985, only to have it reinstated in 1987.

According to the REIA, during that period rents increased by 57.5 per cent in Sydney, by 38.2 per cent in Perth and by 32 per cent in Brisbane, highlighting the importance of upholding the arrangement.

The Henry Review – released in 2010 and led by then Treasury Secretary Ken Henry – acknowledged that negative gearing applies downward pressure on rents.

The REIA estimated the impact of the implementation of the Henry Review recommendation to replace the current negative gearing arrangement with the introduction of a 40 per cent discount for income from rental properties would lead to an increase in the weighted average capital city median house rent by 2.4 per cent.

“In the current tight rental market, expectations are for outcomes similar to the mid-1980s,” Ms Lynch said

“The removal of negative gearing would increase demand for social housing, an area that governments have been struggling to address.”

Based on the information on rental property schedules by state and territory, the REIA estimates the following increase in median rents as the result of the Henry Review recommendation:

High Touch Human Support At Scale: SOLVED
How I went from $300k GCI to $1.8m GCI With My Own Brand
How to get the best marketing campaign approved by your vendor
How Independent saves time and fuels growth with Palace and Sorted
4 ways Console Cloud is rocking the boat this summer
REAL ESTATE BUSINESS NEWSLETTER
Ensure you never miss an issue of the Real Estate Business Bulletin. Enter your email to receive the latest real estate advice and tools to help you sell.