Social media not for ‘agents' crap’ 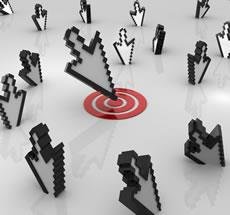 Real estate agents wondering why their social media presence falls short of attracting any new business or why it produces no customer value at all have only themselves to blame.

Social media outlets are not the place to "sell your crap", nor are they a platform for airing your new shiny suit, BMW keys and more importantly, ego. Online videos made by estate agents, for the large part, are just average – a definition Peter Brewer, real estate veteran and owner of Peter Brewer Consulting, says is the "best of the worst and the cream of the crap".

Presenting at the Business of Real Estate Conference last week, Mr Brewer said there is so much opportunity to engage potential and use social networks to move real estate agents away from the perception of being a necessary evil to one as being involved with the community at large.

“You have to start using social networks as social and change your own mindset because people don’t go on social media to buy a dog or a refrigerator,” Mr Brewer said.

“One mistake agents make is using social media to sell your crap. If I was to walk into a club at 5pm and start telling everyone I got a new listing, I suspect everyone would tell me to leave. If the behaviour is not acceptable offline then don’t flog it online because the real estate will look after itself later.

“The key is understanding that websites, video and social media are about community, and you need to give reasons for people to go to your site, such as to solve people’s problems and to help the community; not to stand around in a shiny suit with a new BMW extolling your own virtues. If we can do a 90-minute listing presentation in front of a consumer then surely we can get rid of the ego and do a 90-second clip solving people’s problems.”

Darren Berley, estate agent with Realmark Southern Suburbs based in Perth has embraced social media and video, having produced an eight-minute Bond-esque movie intended to sell a four-level penthouse. The video, which included a fight scene, make-up artist and film crew said it was an exercise in how best to engage with a buyer emotionally.

Speaking with Real Estate Business, Mr Berley said the main thing fellow estate agents get wrong when producing video is attempting to be too professional, which often comes off as inhuman.

“Firstly you get top dollar if you engage with the buyer emotionally – you want to create something people fall in love with; it’s wrong to try to be too professional because people don’t act like that,” Mr Berley said.

“Some agents are now more inclined to offer video as opposed to just a portfolio of photos because the wow factor is proven. What I created has received 5,000 views, whereas the average video gets between three and 400.

“It comes down to the client, since some thought the James Bond-esque video I did was ghastly and embarrassing, but literally anything can apply.”