Future of listing's in the design Listings providers and application developers in the real estate space are finding great competitive advantage from limiting the amount of data estate agents and users see and leaving the smooth-scrolling maps and whiz-bang effects for another day.

Homely chief executive officer Jason Spencer said the next big thing in web design and data presentation for the real estate industry is a clean customer-facing design that is review focused. Mr Spencer, whose design work has led him to be nominated three times for a Webby award, said the key process behind most new-school webpage design is to break the habits surfers have been comfortably getting themselves into.

“REA does well because it is designed for desktop search and use, which you might do during the day in between work hours, but now 50 per cent of traffic to a real estate portal is from a tablet or mobile by people relaxing on a couch at night,” Mr Spencer said.

“We are big into social media, with the bulk of social media use being a question and answer format, and we are trying to get agents involved in that process as a way to build loyalty. We cannot change the industry overnight and all agents hope new solutions will be released and fix problems overnight.

“But portals like REA and Domain have been around a long time and have built up consumer habits. so something better has to come along before consumers change. Consumers typically have been ‘under served’ in regards to user experience and a quality experience."

Squiiz CEO Nick Christian said some apps lend themselves to real estate applications because they are easier to monetise and make an effective, useful and easy digital ‘signboard’. Mr Christian led the development of a new app for Squizz, designed to alert users to a property as they entered or passed through a geographic location, and said the whole experience took nearly seven months.

“Once the focus and application was clear, development and completion took between six and seven months, with the Android version still in the fine tuning stage,” Mr Christian said, adding the idea of such an application came to him while driving between Albany and Margaret River in south west Western Australia.

“I kept passing signs that read ‘historical site’ and, having a young restless family in the car, I thought it would be a great idea to have an app that as you passed the sign, your phone would be pinged and give you a brief voice description on that particular site.

“However, further research suggested it would be difficult to monetise as a travel app.”

Mr Christian added he could see a clear need for an application designed not only for the buyer but for the agent to enable additional buyer reach as well as the ability to gauge the level of activity passing a listing.

Future of listing's in the design 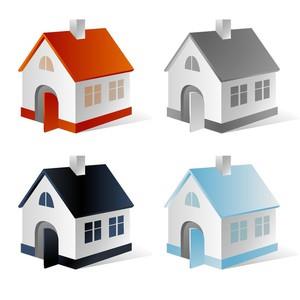