A Victorian real estate agent has switched AFL team allegiances to barrack for her former assistant who takes to the field this weekend for the Sydney Swans in his first AFL grand final.

Director of hockingstuart Williamstown Joanne Royston has switched sides from the Hawks to barrack for the Swans. Ms Royston gave Swans player Dane Rampe a leg-up into the real estate industry when he played for the local Williamstown team. Rampe wears the number 24 jersey.

Ms Royston said the state generally grinds to a halt during the grand final, which is why most agents like herself have scheduled auctions and inspections early in the morning so punters can watch the game.

Ms Royston said the pre-game 'Super Saturday' market is met with a good amount of stock and backs up claims the local market is flat chat and "in full swing for spring".

"Most auctions will generally be held from between 11am-12pm before the kick-off, and some agents may even push to 1pm. Open for inspections will start at 9.30am, whereas they normally start at around 11am… I really wouldn't be scheduling for the afternoon, it's either morning or lunch time," Ms Royston said.

"We don't have the same issue with the NRL grand final although there are some fans, but a vast majority follow AFL so Melbourne shuts down - you can drive around the streets and there is usually not a car in sight.

"I think this weekend clearance rates will stay around the mid-70s; the market is definitely reasonably strong and most listed properties will sell…things are very hot in Melbourne despite the grand final this weekend."

Domain Group senior economist Andrew Wilson said only 44 auctions are scheduled to be conducted on Saturday across Melbourne, as the city pauses for the "ultimate distraction".

“The 44 auctions is predictably well below the record September weekend of 1,008 homes that went under the hammer last weekend,” Mr Wilson said. 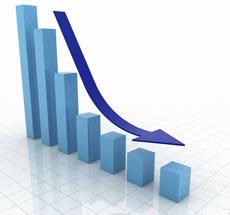