Drama turns agents off The Block 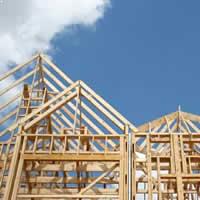 Estate agents and auctioneers find the drama surrounding the reality television series The Block far removed from the reality of renovating and selling a place at auction. A majority of estate agents contacted by Real Estate Business prefer to ignore the program entirely.

Those who have managed to catch it, however, believe the innovation behind designing and renovating kitchens and bathrooms interesting, but only a minority contacted by Real Estate Business actually watched the show, and those who did took only a passing interest in the series.

Ian Cornell from Michael Johnson and Company Professionals franchise in WA said nothing was spared during the renovations, but the end result looked like a charity prize. Mr Cornell said nothing had been spared in terms of fittings and appliances but felt the auctions themselves should have drawn a bigger crowd.

“You are only as good as the crowd allows you to be and the last two auctions just didn’t have the numbers there; had all the auctions been done independent of each other they may have drawn bigger crowds,” Mr Cornell said.

“I don’t know what the ratings were or if the show was competitive but how they make a buck out of it completely baffles me because if the renovators take the profits then the advertisers have to pay for everything.

“They all leave me cold – they get the finest appliances and renovators with a charismatic attitude and then milk the whole thing.”

Damien Shiel, principal of Kelly & Shiel estate agents in Victoria, was keenly interested in the responses of the judges and how they believed the completed apartments will be perceived in the marketplace. Mr Smith said some of the judges are more adept at reading what the market is looking for but he is put off by being bombarded with advertising.

Mr Shiel said if someone is looking to buy or renovate a property they will be searching the web and listings based on similar properties, but is cynical about how good renovations by amatuers actually are for the price paid at auction. Mr Smith doubts how much life the reality TV series has left.

“The repetition does turn me off a bit and I do think too much of a good thing wears out the welcome mat,” Mr Smith said.

“It is good to see how a property can be renovated, they have done some unusual ones but I’m a bit cynical about how good the renovations of amateurs are.

“A lot of builders must have been cringing watching the renovations because at the end of the day, just how much extra work is done by tradesmen beyond the scenes. The concept is good, it’s just a little overdone.”

Benjamin Smith, principal of Brisbane Real Estate, said the bathrooms and kitchens did look good but he couldn’t see the design or renovations heavily influencing other renovations in the market. Mr Smith said the fitout was imaginative but was annoyed by all the high drama and tension.

“All the rubbish they go on with is like a soap opera but I suppose to get the audience they want they have to have all the drama to go on with,” Mr Smith said.

“It’s not my ideal entertainment but I was interested in the bathrooms and kitchens, which were very good. I couldn’t see them taking off but I suppose the design may have some influence in Melbourne.”

Drama turns agents off The Block