Victorian agency Hockingstuart has earned three gongs at the Real Estate Institute of Victoria’s Awards for Excellence, taking home the awards for Corporate Promotion, Communications and Residential Property Manager of the Year.

Mr O’Neil said the Young Guns program, a profile of up-and-coming hockingstuart agents, means they are becoming role models for other agents.

“It is a privilege to be named a leader in the corporate promotion space and deliver quality service for technology-savvy consumers,” Mr O’Neil said.

“Our young guns have become mainstream media commentators on industry matters, as well as role models for other agents.

“This initiative is a first for Victoria and we’re very proud of the directors and communications team behind it.

“Hockingstuart also has an established communications program ensuring our agents are recognised as experts on market and industry trends, both locally and nationally.”

Winners are able to represent Victoria in the upcoming 2015 REIA Awards for Excellence. 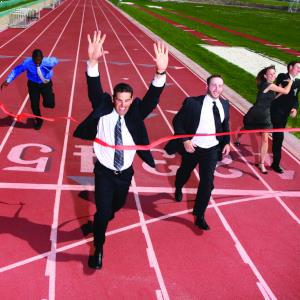