Estate agents have been warned to keep in mind the seven common mistakes homeowners make that can remove thousands of dollars from their eventual sale price when attempting to sell their homes.

Overpricing, listing for the lowest fee, overcapitalising, hiring a personal friend, getting emotionally involved with a home, covering up problems and not letting an agent do their job are the seven things commonly hindering estate agents as they deal with sellers.

Managing director of RE/MAX WA Geoff Baldwin said dealing with these issues is often the most common factor all estate agents need to be trained in to be able to sell a home.

“Selling a home is one of the most important financial transactions that a person will make during their lifetime,” Mr Baldwin said.

“People often make common mistakes that cost thousands of lost dollars they could have retained had they sold their home correctly.”

Real estate agents said many of the issues can be rectified by agents paying attention to vendors and making their services a credible point of difference.

“A majority of the time a vendor approaches the market with a listings fee price in the top of their mind, and a good agent won’t make that an issue and will show a credible track record, as well as other factors behind safely selling properties - such as explaining vendor-paid advertising and showing the true value of what they do,” Mr Lias said.

“The truth of the matter is without the emotion of sales there wouldn’t be estate agents, but an estate agent has to be able to see things practically. Uncle John may have built a fence but a buyer sees it as being built by a non-professional; you need to tell a seller and buyer the truth.

“A good agent has scripts and dialogues and believes what they say but most of all they need to be a good negotiator and up-sell their benefits.”

Ben Bickmore-Hutt, director of residential sales for Bickmore-Hutt Reality, said a lot of the time emotion drives sales, but an agent should never trivialise the sales process, or the emotion involved.

“Emotion does drive some sales but it shouldn’t be misunderstood,” Mr Bickmore-Hutt said.

“It doesn’t have to be part of the sales game.” 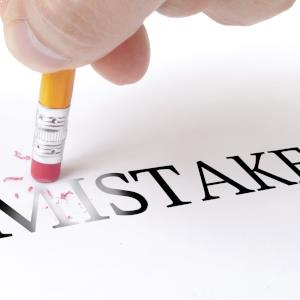