Punters keen on nabbing idyllic beachside accommodation for the Christmas holidays have been advised to pack a tent instead due to near-record holiday occupation rates up and down the east coast of Australia.

Accommodations are at near capacity around the Gold Coast and Byron Bay area as well as the NSW south and central coasts as a low Aussie dollar and perfect weather make Australia a key destination for locals across the summer holiday season.

However, in true Christmas spirit, those who have not already organised holiday accommodation will be left stranded, with no room at the inn.

Nowhere is that being felt more than on the Gold Coast. Clark Brackenridge, principal of Raine & Horne Surfers Paradise said holiday bookings are already at 100 per cent, with January netting 90 per cent capacity.

“And if you do find an apartment you can expect to pay up to $450 a night for a two-bedder,” Mr Brackenridge said.

“The strong dollar over the past few years has encouraged more Australians to travel overseas, but many Aussies now seem happier taking a local summer vacation at hotspots such as the Gold Coast.

“If someone rings today, we will find it very hard to find them a two-bedroom apartment for the Christmas and New Year period.”

New South Wales’ idyllic town of Byron Bay is fully booked during Christmas due to three reasons, according to Raine & Horne Byron Bay principal Sophie Christou; demand from locals, tourists from the UK and New Zealand, as well as a spike in weddings has made the market very tight.

“Wedding bookings have jumped 20 per cent annually over the last three years, with a summer marriage in Byron Bay an increasingly trendy option for brides and grooms,” Ms Christou said.

“Entry-level holiday apartments in Byron Bay start from $3,000 for a summer break, up to $10,000 a week for a four-bedroom house or apartment.”

Closer to Sydney, summer holiday rentals have nearly reached a peak, with some agents reporting increases of 15 per cent in overseas holidaymakers pushing prices up some five per cent when compared with the same period last year.

General manager of Raine & Horne Terrigal Brett Hunter said the increase may be related to advertising accommodation on travel accommodation websites, which has attracted a lot of interest from the UK. 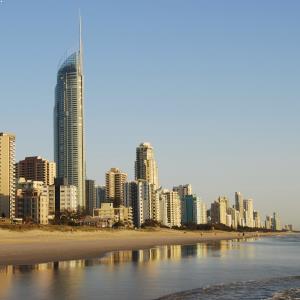