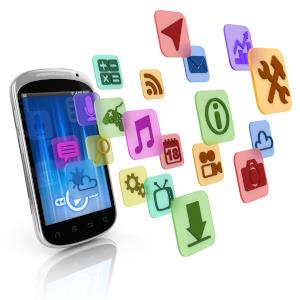 Claims a new smartphone app can prove agents are guilty of underquoting within the Victorian market has been met with little more than guffaws by the real estate industry, who believe there are too many factors affecting the market to realistically pinpoint if an agent was underquoting property prices through one simple piece of software.

Chief executive officer of the Real Estate Institute of Victoria Enzo Raimondo said he is not sure how such an application would work, apart from being a semi-predictive tool based on past sales.

Mr Raimondo said such predictions are largely based on speculation.

“How are you going to know for truth? We provide that information, it’s printed every Sunday and there are a host of other data companies who already provide such results,” Mr Raimondo said.

“To stamp out any examples of underquoting you need to know what the reserve is on the day and have written authority from the agent, and until you have those you are only speculating that a price received or paid is not reflective of the market.

“I think people already have access to a range of sales information from websites and other providers for free and there are a whole lot of factors affecting the market. In September we have already seen no growth in median price for the September quarter and it may be a completely different market next year – we certainly won’t have the growth we have seen in the last 12 months but indicators say it will be stable.”

Thomson real estate agent John Chartres said there are so many variances to what a property sells for you can not really generalise those factors in an app. Mr Chartres said timing plays an important part as to what a place sells for and said in terms of comparing apartment sales, an application that compares the price paid per square meter can give a closer evaluation of price.

Auctions, according to Mr Chartres, are the best way to prove market forces.

“The benefit of an auction is to prove the market forces at that time, and three months later you might have a different set of numbers or completed renovations, but without auctions you would never break records,” Mr Chartres said.

“An inner-city suburb can have so many variances and a large price in one street can make a huge difference.”

Auctioneer Will Hampson said there is a far greater issue of underselling occurring throughout Sydney and Melbourne, where private treaty properties are being sold in two to three days on the market for the full asking price.

Mr Hampson said he believes in this instance many private treaty properties are being under sold because in competitive auctions the price they receive far exceeds expectations.

“More properties should be going to auction because it is the fairest and most transparent method of sale, affording the vendors achieve a premium price in the market,” Mr Hampson said.

“Underquoting is brought about by giving price guides, estimates and an agent's opinion, which when it is then far exceeded in the competitive environment of auction, can leave buyers disgruntled if the agent has eluded to what price they think the property is worth.”

The app is the brainchild of Melbourne buyer's agent David Morell. Mr Morell was unavailable for comment.