The central bank confirmed market predictions by leaving the official cash rate at a record-low 2.5 per cent for the 15th consecutive month.

All 33 experts surveyed by comparison website finder.com.au had forecast that the cash rate would remain on hold. Industry experts tip an increase in 2015.

LJ Hooker chief executive officer Grant Harrod said rates are likely to increase in 2015, but those looking to sell property by the end of this year will be excited by the announcement.

“The increase in stock levels we’ve seen over the past month combined with the continued historic low cash rate should motivate those who have been sitting back waiting to take action over the next two to three weeks,” Mr Harrod said.

“Spring brings with it a seasonal lift in listings, but that lift was a bit delayed this year… people wanted to buy their new property before listing their old one because of competition and the fear of missing out.”

LJ Hooker national research manager Matthew Tiller said the rate of growth of both house prices and approved mortgages slowed over the past month and provided the RBA with some "breathing room".

Domain Group senior economist Andrew Wilson said the next move in rates would be a fall in the first quarter of 2015.

Dr Wilson said although the Reserve Bank still had to weigh up “mixed signals” in the economy, the negative signs now outweighed the positive.

“The Reserve Bank is waiting for crystallisation of the general economic climate – but house prices are now falling, inflation is low, unemployment and the dollar are still too high, the share market is weaker and there are rising concerns over the global economic outlook,” he said. 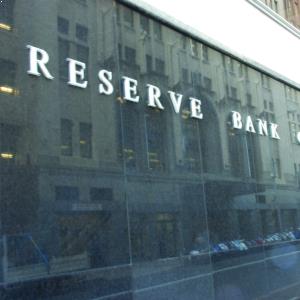