A big bank chief has said Australians have an “irrational obsession” with property and many investors would be better off spending their money elsewhere.

ANZ’s Phil Chronican has pointed to negative gearing as the key driver behind Australia’s obsession with property.

Mr Chronican told Fairfax Media that he was worried some investors viewed buying property as a "one-way bet".

A key reason for the popularity of housing investment was the tax distortion created by allowing investors to deduct interest payments against other forms of income, he said, adding that Australia would benefit from a debate about negative gearing and a better understanding of the risks involved.

"I do worry that some people behave as if housing is always a one-way bet," he said.

"I think there is a bit of an irrational obsession with housing as an investment class.

“For many investors, they would be better off in assets other than housing."

Speaking at the Finsia annual conference last month, Mr Eslake said a “simple answer” to the boom in investor lending would be for the government to scrap negative gearing without impacting those who already use it.

“If you grandfather it so that you’re not taking it away from the 15 per cent of the electorate who has it, then my view is: what’s the problem?” he said.

“Surely that would be far more effective in tackling the problem, which the Reserve Bank has identified, without inflicting any harm on anybody else.

“And if the government, or the opposition, were to present it properly, nor should there be a political backlash because they are not taking a privilege away from anyone who is currently enjoying it.”

The Bank of America Merrill Lynch chief economist said his biggest concern over APRA’s use of macroprudential tools is that they either don’t work or unintentionally hurt those who are not the source of the problem.

He added that the rise in house prices is “not doing anyone any good”.

Meanwhile, house prices in Sydney and Melbourne – two areas of risk identified by the central bank – continue to rise. 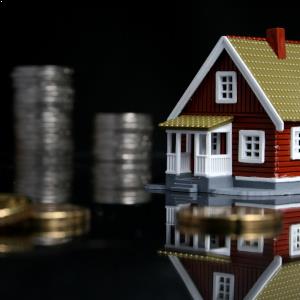