The Reserve Bank of Australia (RBA) has announced the result of its monthly board meeting.

The official cash rate has been left at a record-low 2.5 per cent for the 16th consecutive month, as most economists predicted.

All 37 experts surveyed by comparison website finder.com.au had forecast that the cash rate would remain unchanged.

The RBA has been facing conflicting pressures – cutting rates to stimulate the economy and lifting rates to cool the housing market.

Greater Building Society chief executive Scott Morgan said nothing had happened since the November meeting to justify the board changing monetary policy.

“The Reserve Bank is cognisant of a potential build-up in asset prices and the flow-on risks that causes,” he told finder.com.au.

“Concern about these risks, an upward move in US rates, and improving economic indicators in the Australian economy around GDP, unemployment and retail sales are all factors that provide scope for rate increases inside the next nine months.”

“Yet concerns over the risks posed by rampant speculative lending in the housing market may continue to keep a cut off the cards,” he said.

All but two of the 37 experts surveyed said the Reserve Bank would eventually change the cash rate in 2015, with 34 saying the next move would be up and three saying it would be down.

David Scutt from Scutt Partners told finder.com.au that a rate cut was likely to happen in early 2015.

“The Australian dollar remains overvalued, labour market conditions are soft, key commodity export prices have continued to decline and the economy is expected to grow below trend until at least 2016,” he said.

“With house price appreciation slowing and targeted macroprudential tools still a strong possibility, if current domestic and international economic conditions remain subdued, the Reserve Bank will have little to prevent them easing early in the new year.” 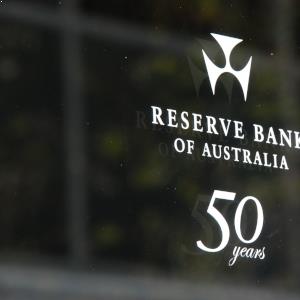