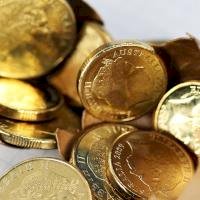 It is becoming increasingly likely that the next move in interest rates will be down rather than up.

Only three of the 37 experts recently surveyed by comparison website finder.com.au had forecast that the official cash rate would fall in 2015.

However, another five have now predicted a rate fall next year.

The Reserve Bank of Australia decided to leave the cash rate at a record-low 2.5 per cent for the 16th consecutive month when it held its monthly meeting on December 2.

The trio that previously forecast a rate cut for 2015 were Andrew Wilson from Domain Group, Stephen Koukoulas from Market Economics and David Scutt from Scutt Partners.

They have been joined by Bill Evans from Westpac, Shane Oliver from AMP Capital, James Bond from the Financial Services Council, Noel Whittaker from QUT Business School and Scott Pape from Barefoot Investor.

Mr Evans, chief economist at Westpac, forecast that the Reserve Bank would cut the cash rate in February and March, lowering rates to at least 2 per cent.

AMP Capital's chief economist Mr Oliver said there would be a 0.25 per cent cut in either February or March, adding that there was a 50 per cent chance of another rate cut in April, May or June.

Mr Oliver said the Reserve Bank would be concerned that commodity prices have fallen too quickly, the Australian dollar has not fallen low enough and the non-mining sectors of the economy are not growing fast enough.

“As a result, it’s become increasingly clear that more monetary easing is required in the form of a further significant fall in the Australian dollar and lower interest rates,” Mr Oliver said. “Without the latter, the Australian dollar may not fall enough. Fortunately, low inflation and a loss of momentum in house prices provide the Reserve Bank with plenty of flexibility.” 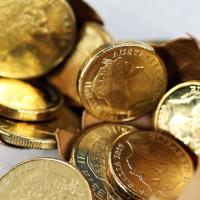