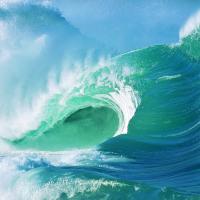 Record listings for both Sydney and Melbourne saw one city struggle under the weight and the other meet the challenge with a slight clearance rate improvement.

“Sydney recorded its lowest full weekend clearance rate since March 6, 2013 – 18 months ago. The 70.5 per cent result is the fourth consecutive weekend below 75 per cent for the first time since December 15, 2012,” he said.

“Sydney broke the record for summer weekend auctions on Saturday, with 1,028 homes going under the hammer. This followed last weekend’s spring record of 1,058 and was the third highest auction weekend on record. It was also the first time Sydney had hosted back-to-back 1,000-auction weekends.”

Dr Wilson said the Sydney market will reach an astonishing end-of-year crescendo next weekend, with yet another Saturday of record-level 1,000-plus auction activity set to test the fast fading market.

The Melbourne weekend auction market reported an improved clearance rate at the weekend despite hosting clearly the highest number of auctions ever conducted on a summer Saturday, according to Dr Wilson.

“The Melbourne result of 70.1 per cent was a modest improvement on the previous two weekends, when rates fell below 70 per cent on consecutive weekends for the first time since July 2013,” he said.

“Although a marginal improvement on previous weekend results, it was nonetheless encouraging for sellers given the unprecedented rise in auction numbers over the past month.”

“Buyer numbers this week, again, were mixed, with some properties having in excess of 12-plus registered bidders. However, the average buyer number per property was five buyers, which is down one buyer from the same period last month,” Mr Bartolotto said.

“December auction volumes continued to increase, with bookings last week coming in at a very strong pace. Many vendors/agents are comfortable running a shorter, two-week auction campaign compared to the usual four weeks, with some properties having their first open house over the weekend while the auction is scheduled for December 20.

“Given the buyer activity at the moment, we don’t feel this will impact results, as many buyers are eager to purchase prior to Christmas.”