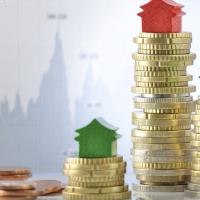 First home buyer numbers could fall even further if the government accepts a recommendation to impose new banking rules.

The final report of the Financial System Inquiry recommended that banks should be required to hold additional capital against home loans.

Banks would probably respond by making borrowing more expensive, because the new rules would give them less money to invest which in turn would reduce their profits.

These proposed reforms are designed to make Australian banks safer and reduce the likelihood of a financial crisis.

“The recommendations around capital holding could result in further costs to borrowers and we are particularly concerned about first home buyers who are already at record-low numbers as well as adding pressure to the establishment of new housing,” Ms Lynch said.

“With first home buyers finding it increasingly difficult to enter the housing market and home ownership in Australia declining after four decades of stable levels, housing affordability is an issue that is at the forefront of our priorities.”

The REIA’s submission to the Financial System Inquiry recommended that the risk weight for insured loans should be reduced.

That would potentially make the banking sector more competitive and thus reduce the cost of borrowing.

The submission quoted research that showed that nearly 75 per cent of first home buyers had less than a 20 per cent deposit and were thus forced to take out lenders mortgage insurance.

“The additional mortgage repayments resulting from mortgage insurance are around $16,000 for a 30-year mortgage of $500,000 with a loan-to-valuation of 90 per cent,” it said.

“With first home buyers finding it increasingly difficult to enter the housing market and home ownership in Australia declining after four decades of stable levels, any measure that improves housing affordability is fully supported by the REIA.”