Domain Group now has more than 10,000 agent subscribers as it continues its push to achieve 100 per cent market penetration.

Chief executive Antony Catalano revealed in an investor briefing that Domain had increased its market penetration to 92 per cent at the end of March.

The group ended 2014 with more than 9,650 subscribers across its products of domain.com.au, ReviewProperty and Allhomes, according to its half-yearly results.

That equated to 88 per cent market penetration. “To put this in perspective, two years ago we sat at approximately 60 per cent of all agents nationally,” Mr Catalano said.

Mr Catalano said that Domain’s “absolute number-one priority” is to acquire all agents and listings in Australia.

“It gives us a platform to compete in the hugely valuable digital listings market, as well as attracting more consumers onto the site who we can monetise in other ways,” he said.

“Once we have all agents and listings in a market, it becomes about user experience and audience acquisition.”

Domain’s parent company, Fairfax Media, wants to turn Domain from a “hidden gem” into its “crown jewel”, according to Mr Catalano.

Fairfax has been providing the support and investment to help Domain achieve its “very aggressive” growth objectives.

Mr Catalano said Domain is “now a very real and powerful force in the real estate market” and “no longer a distant number two”.

According to Domain, the group has had a 32 per cent year-on-year growth in both mobile app downloads and daily unique browsers.

Mr Catalano said Domain had the potential to enjoy significant growth in the future.

“The vast majority of revenue comes from Sydney, Melbourne and Canberra, with scope to grow yields further.”

“In all other states and territories we have scope to grow both volumes and yield substantially. Regional areas are now starting to grow their revenue contribution in line with the rest of the group.”

Fairfax chief executive Greg Hywood told investors that domain.com.au grew its revenue by 26 per cent between 1 January 2015 and 22 March 2015.

[LinkedIn: What’s your favourite listings portal and why?] 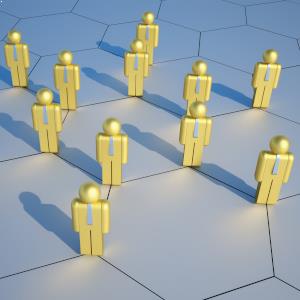 Canadian agent to call Parramatta home ...
Low population growth to curb house price rise: RB ...
Property sales seeing ‘a renewed sense of urgenc ...
0 comments
0 Shares
FROM THE WEB
Recommended by Spike Native Network
Make sure you never miss an episode by subscribing to us now on iTunes
And dont't forget to leave REB a review!

Auctioneers reaping benefits of mid-week auctions
When it comes to property marketing, we’ve got every angle covered
LJ Hooker Devonport – future proofing and establishing a base for growth with technology
An agent’s take on why VPA unlocks unparalleled results
The Pilbara agent on the cutting edge of technology
REAL ESTATE BUSINESS NEWSLETTER
Ensure you never miss an issue of the Real Estate Business Bulletin. Enter your email to receive the latest real estate advice and tools to help you sell.