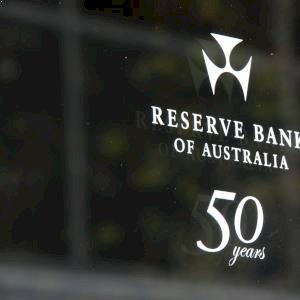 Sydney’s ‘exuberant’ housing market might be in for another boost as Glenn Stevens raised the possibility of a further interest rate cut.

The governor of the Reserve Bank of Australia told the American Australian Association that Sydney prices have reached excessive levels, partly due to “very easy” credit conditions.

“Popular commentary is, in my opinion, too focused on Sydney prices and pays too little attention to the more disparate trends among the other 80 per cent of Australia,” he said.

“That said, it is hard to escape the conclusion that Sydney prices – up by a third since 2012 – look rather exuberant.”

Nevertheless, Mr Stevens hinted that another rate cut might be coming, following the Reserve Bank’s decision in February to lower the official cash rate from 2.5 per cent to 2.25 per cent.

He said the Reserve Bank “has been offering support to demand” in the economy, given that unemployment is “elevated” and inflation is forecast to remain within the 2-3 per cent target.

“So interest rates should be quite accommodative and the question of whether they should be reduced further has to be on the table,” Mr Stevens said.

“To this point, the balance that the Reserve Bank board has struck has seen the policy rate held at what would once have been seen as extraordinarily low levels for quite a while now.

“The board has, moreover, clearly signalled a willingness to lower it even further, should that be helpful in securing sustainable economic growth.”

Mr Stevens also used his New York speech to note that regulators have been closely monitoring risks in the housing market since December.

“APRA [prudential banking regulator] has announced benchmarks for a few aspects of banks’ housing lending standards and both APRA and the Reserve Bank will be monitoring the effects of these measures carefully; at this stage, it is still too early to judge them,” he said.

“We can only say that, over the past few months, the rate of growth of credit for housing has not picked up further.”

Mr Stevens also said the Australian financial system appears to be resilient to a range of potential shocks, whether from home or abroad.

“Banks’ capital positions are sound and are being strengthened over time,” he said.

“They have little exposure to those economies that are under acute stress at present. Measures of asset quality – admittedly backward-looking ones – have been improving.”