Sharp Sydney decline could be on the cards 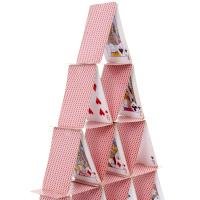 Overcrowding concerns and declining investor demand could cause Sydney price growth to plummet to just a fifth of present levels.

Sydney house prices are currently growing at 17.0 per cent per annum according to Onthehouse, yet a recent NAB survey forecast that that rate would drop to 3.4 per cent in 2016.

Onthehouse analyst Eliza Owen said Sydney’s growth cycle has lasted longer than ones from the late 1980s and early 2000s, but that price growth now seems to be trending downwards.

“It is really hard to say when the housing market will come into this period of correction, but one thing we can look at is the number of people migrating to NSW and the greater-Sydney metro area,” she told Real Estate Business.

“What we have seen recently is there has been a fall in immigration as opposed to record numbers of dwelling approvals.”

Ms Owen said a sharp decline in price growth could also be driven by a belief that Sydney has become less liveable, due to high density and poor infrastructure development.

“There is a scenario that you could paint where Sydney becomes overcrowded, the types of dwellings that we are creating are not desirable to live in, they are just being built for speculative investments,” she said.

“People start to realise that Sydney is overpriced and it is not such a great place to live and that is where you would see values contracting.”

CoreLogic RP Data research director Tim Lawless said any big decline in price growth was also likely to involve a reduction in investor demand. That, in turn, would be due to low yields and possible regulatory intervention, he added.

Mr Lawless said that weaker economic growth and consumer confidence could be other contributors to a fall in price growth.

However, Mr Lawless told Real Estate Business that a case could also be made for price growth to remain strong in 12 months’ time.

That would probably be driven by low interest rates, high consumer confidence and strong investor demand, he said.

Raine & Horne executive chairman Angus Raine said a shortage of housing suggested that the Sydney market would remain strong over the long term.

“Ongoing government red tape and slow-poke approval processes are at the heart of the problem here and it’s an issue that will take time to resolve,” he told RealestateVIEW.

“The upshot is that we have significant population growth yet the new housing sector is struggling to keep pace with our growing population. More people and insufficient housing will help buttress real estate prices.”

[Related: Rule changes ‘would pull the rug’ from the Sydney market]

Sharp Sydney decline could be on the cards 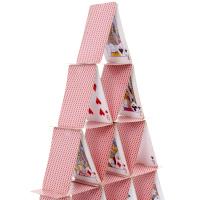 Regional town remains resilient despite COVID-19 ...
REIA supports NSW tax reform ...
Upside Realty sees record week of sales ...
1 comments
0 Shares
FROM THE WEB
Recommended by Spike Native Network
Make sure you never miss an episode by subscribing to us now on iTunes
And dont't forget to leave REB a review!