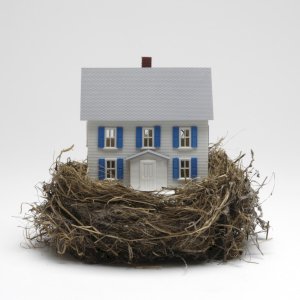 Two economists have delivered a chilling warning: the country’s changing attitude to property has made a housing ‘bloodbath’ all but certain.

Lindsay David and Philip Soos from LF Economics told the House of Representatives Standing Committee on Economics the problem is that housing is now commonly viewed as a speculative asset to flip rather than shelter in which to raise a family.

“Investors perceive net yields as secondary to expected rises in capital prices, while first home buyers overleverage themselves to enter a bubble-inflated market,” they said in a submission to the Inquiry into Home Ownership.

“Tax expenditures, combined with the ongoing deregulation of the banking and financial system, has transformed the housing market into a casino.”

According to the submission, Australia is experiencing a bubble, even though this is denied by the real estate sector, the banks and governments.

“Contrary to the analyses of the vested interests, the data clearly establishes Australia is in the midst of the largest housing bubble on record,” it said.

“Policymakers are caught between a rock and a hard place, as implementing needed reforms will likely burst the bubble, causing severe financial and economic fallout as residential land prices revert to mean.”

The submission said the housing market has moved into bubble territory through the increase in real housing prices, a rising mortgage-debt-to-GDP ratio and net rental income losses.

That has turned the market into a giant Ponzi scheme, because property income flows are insufficient to cover both expenses and debt payments, which means the only way investors can profit is through capital growth, according to the submission.

“What event or set of events triggers the beginning of the end of the housing bubble is not yet known,” it said.

“A bloodbath in the housing market, however, appears a near-certainty due to the magnitude of falls required for housing prices to again reflect economic fundamentals.

“The largest residential land market bubble on record is truly incomparable and dwarfs earlier speculative episodes in the commercial and industrial land market.”

[Related: How to survive the next downturn] Chinese interest in Australian real estate remains ...
Boutique agency searches for options to market uni ...
Unknown Brisbane suburb to be next investor hotspo ...
12 comments
0 Shares
FROM THE WEB
Recommended by Spike Native Network
Make sure you never miss an episode by subscribing to us now on iTunes
And dont't forget to leave REB a review!