Dispelling the myth of a changing market 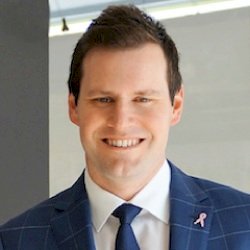 After five years of growth, most have come to accept that the property market has changed in recent times, and that it is no longer purely a seller’s market. But how do we deal with change?

Some have likened the emotional stages of the property market to that of the Kübler-Ross Change Curve, a psychological model that describes the five stages most people go through as they adjust to change.

Although originally created by Elisabeth Kübler-Ross to explain the five stages of grief, the Change Curve has now been used widely to predict how people will react to change, including change in the property market.

Currently, we’re sitting at the acceptance stage on the curve. The market has shifted, and we ignored it for a while due to initial disbelief after such a sustained period of growth, but we’ve now ridden the wave through frustration, and vendors and agents are now accepting the current state we’re in.

So, what does this mean?

There is a need to adapt to the current state of the market, whether we want to or not. It would be ill-advised for any agent or seller to expect that a home can simply be listed and expected to sell instantly at a price higher than comparable properties sold within the previous six months.

The noise around potential underquoting is long gone — no one talks about it anymore. Rather, the challenge now is to communicate to vendors that their property isn’t necessarily worth as much as they think it might be. Perhaps two to three months ago, there wasn’t enough data available for them to believe this, but now there is.

There’s only a few reasons why properties don’t sell; they are poorly presented, have a marketing campaign not reaching enough buyers or the property is overpriced. Properties in blue-chip areas are typically presented and marketed at a high level. Therefore, if the listing goes stale and doesn’t sell, it can generally be attributable to the price.

A general rule of thumb around the degree of overpricing can be determined from the number of potential buyers attending “Open for Inspections” and the number of offers made.

If the OFIs have minimal foot traffic and no offers have been made, then the property is possibly 10–12 per cent overpriced. If there are numbers attending OFIs but no offers being made, it’s likely to be closer to 5–6 per cent above what the market is prepared to pay.

By simply being across these indicators, agents can educate the vendor around the degree of a price adjustment to potentially result in the property being sold.

Dispelling the myth of a changing market Common leadership pitfalls you need to watch out f ...
Are you more loyal to your boss or your family? ...
Building up your confidence to lead effectively ...
2 comments
0 Shares

Nathan Jones is the CEO of Buxton Real Estate.

Why it will be a ‘different’ kind of Christmas ...

Common leadership pitfalls you need to watch out f ...

The Pilbara agent on the cutting edge of technology
Real estate scammers hitting Securexchange wall
Why 31 minutes a day is all Mat Steinwede needs to live a high-performance life
Tailor your Property Management Software to the Way you do Business
Inventive solution from the leaders in real estate photography
REAL ESTATE BUSINESS NEWSLETTER
Ensure you never miss an issue of the Real Estate Business Bulletin. Enter your email to receive the latest real estate advice and tools to help you sell.