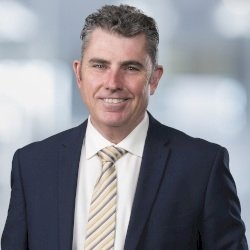 As the NSW election nears, the REINSW has stepped up its campaign for the NSW government to introduce stamp duty concessions for retirees to increase the turnover of housing stock and improve housing affordability for families and first home buyers.

There are thousands of empty nesters living in large houses with three, four and five bedrooms, as well as a big back yard. Yet there’s no incentive for them to move into more suitable accommodation — such as a smaller home, town house, apartment or retirement villa — because they’ll be hit with a huge stamp duty bill.

Empty nesters are disincentivised because the stamp duty cost to buy a property that better suits their needs is money thrown away.

The fact that empty nesters are not selling has led to a scarcity of properties for sale and is creating a major hurdle for upgraders seeking new homes to accommodate their growing families.

In the lead-up to the election on 23 March 2019, the REINSW is calling on both sides of politics to provide stamp duty relief for people over the age of 65.

The NSW government’s failure to address stamp duty has led to the inefficient use of housing by constraining the capacity of empty nesters and the elderly to downsize into a more appropriately sized home.

By staying put, these empty nesters are having a tangible impact on the market — but who can blame them? Stamp duty is essentially throwing money away.

Stamp duty eats into the retirement nest eggs of many older Australians, especially those who have very little in the way of superannuation savings.

Stamp duty concessions for over-65s will open the market, making it easier for people to move as their housing needs change over time and freeing up housing stock for younger families to upgrade.

Evidence backs up the need for change

Years of inaction by the NSW government is impacting the turnover of property across the state.

The NSW government’s own data shows a decline in property transactions and, as a consequence, reduced stamp duty revenue.

There’s empirical evidence demonstrating that reducing stamp duty rates will lead to an increase in transactions. More transactions will equal more revenue for the government. It’s a win-win situation.

The government has unfairly and unconscionably profited from stamp duty for too long. The next government needs to ask itself if it wants to lead affordability and growth, or actively hinder people’s ability to own their own home. Tim McKibbin is CEO of REINSW