Climate change. Whether you believe in it or think it belongs in the realms of fantasy alongside other myths and tall tales, the conversation around the hazards of climate change is rising in its intensity.

Discussions around global warming and the health of our natural environment are nothing new. Each of the last three decades has been warmer than the last and the era from 1983 from 2012 was the hottest 30-year period in the last 1,400 years. The UN panel on climate change has forecast a 4.8 degree rise in atmospheric temperatures by the end of the century and sea level increases of up to 82 centimetres. Unfortunately, very few of us will be around to review the accuracy of their forecasts.

Of course there are scientific experts on both sides of the debate, but the growing voice of discontent over the treatment of Mother Earth has forced a switch in focus in the building and construction industry with developers zeroing in on sustainable practices to show they are committed to easing the burden on Mother Nature.

Governments have launched a host of sustainability and environmental policies, businesses have campaigned for green workplace practices and academics are on the front foot with research aimed at allowing a swift adaptation from a fuel guzzling, high waste, energy consuming society to one focused on a clean, green future.

The commercial property sector was relatively quick to embrace sustainability initiatives. This begs the question, have the key players in the residential real estate sector done enough to reflect society’s attitude to climate change, and how will it influence our decision-making in the future?

Yes, we have the voluntary sustainability report and sustainability rating that is often provided with dwelling listings and captured under ‘environment risks’ in valuations, but are we doing enough to satisfy consumer appetite for environmentally sound building and living practices?

The National Climate Change Adaptation Research Facility (NCCARF) has identified a need for housing providers to extend their thinking beyond the delivery and preservation of houses and increase the depth of community education programs beyond simply using appliances efficiently in the battle against climate change. I tend to agree in that if the industry is to successfully adapt to environmental anomalies attributed to climate change, the methods taken can’t be implemented by pockets of individuals operating in isolation, but has to become a social responsibility, where regions have tailored plans specific to the relationship between people, housing and the wider community in their particular area.

Currently, it is low income tenants that are increasingly vulnerable to the influence of climate change. Dated community housing projects intent on keeping costs low have failed to incorporate features that encourage sustainable practices or can cope with rapid changes in temperature, thus placing occupants at risk of heat stress or exposure. Looking to the future, developers servicing social housing requirements must account for weather-related health risks by incorporating thoughtful urban greening strategies into master-planned communities, using appropriate building materials to withstand extreme climatic events and installing insulation to lessen the impact of temperature fluctuations.

These actions will not only protect the residents from the elements, but will go some way to preserving the value of the properties for owners and investors.

We only need to look back to the outcomes from Cyclone Yasi, which tore through far north Queensland in 2011 to gain an insight into how climatic events can turn a property market on its head. The impact of the devastating weather occurrence still remains with those that experienced the wild winds, heavy rain and subsequent flooding, while the damage bill exceeded more than $1.4 billion. Property values in the area were smashed, with growth in the Cairns region still receding long after the flood waters had dissipated. Sales transactions swung from 6.5 per cent growth in 2010 to minus 7.8 per cent in 2012 courtesy of Yasi, with median values shedding more than $40,000 in less than 12 months. Table 1 provides us with a greater picture of how various natural disasters across Australia have impacted property prices and sales growth, where the spill-over effect is clear.

Natural disaster related knowledge does have an impact on buyers and investors, with customers increasingly investigating whether a property is in an area that has previously encountered issues with destructive weather events. The increased home content and building insurance costs as part of home maintenance and affordability concerns is also being more widely considered.

Of course, no one can definitively hold climate change responsible for a catastrophic event like Cyclone Yasi or any other natural disasters; but perhaps the damage bill could be minimised and property values maintained if Governments and the key players in the building and construction industry listen to the masses and keep climate change front of mind in their master plans – whether they are true believers in the phenomenon or not.   The loss in median house values in these areas would, in most cases, far outweigh the costs associated with better ‘weather proofing’ of the dwellings. 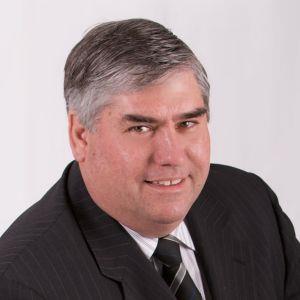