The Brisbane City Council has already delivered several major projects in the last few years that have greatly increased the profile and liveability of Brisbane, and there are no signs this will slow down.

The current infrastructure pipeline has over $47 billion worth of major projects in various stages, from concept to construction, each of which are set to further cement Brisbane as a leader in urban innovation.

A major focus of the current infrastructure spend is to divert cross-city traffic out of the CBD. Currently, more than $10 billion is being invested in the TransApex transport project. Touted as "the biggest urban road project proposed in Australia", TransApex consists of:

This innovative urban initiative has already proven successful in taking cross-city traffic out of the inner city, increasing connectivity and bringing value to the city.

Below are profiles on six of the major infrastructure projects currently either under construction, or being proposed for Brisbane city. These projects give an insight into which areas are expected to benefit, and as a result are ones to watch.

The BaT Tunnel is a proposed 5.4-kilometre north-south tunnel which will deliver buses and trains from Dutton Park to Herston. The tunnel is a hallmark of urban design and will serve to future proof Brisbane as well as alleviating current congestion issues. The innovative double decker public transport tunnel was described as an "elegant and affordable" solution by premier Campbell Newman.

Currently under construction, the Legacy Way is a tunnel that will connect the Western Freeway at Toowong with the Inner City Bypass at Kelvin Grove.  The project will greatly benefit the west, minimising congestion and increase connectivity, even allowing access to the airport from Brisbane’s west without leaving the motorway system.

Currently in the conceptual stages of planning, the Underground Bus Loop will connect to stops at George St, Queen St, Albert St and Adelaide St as a method to ease traffic congestion and reduce travel times.

Kingsford Smith Drive is one of Brisbane’s key roads and the upgrade is aimed at reducing congestion during peak hours and improving traffic flow and road safety.  This upgrade is a long overdue game changer for the northern suburbs.

Located two kilometres west, and parallel to the existing main runway, the new runway will be 3.3 kilometres long and 60 metres wide.  It will have more than 12 kilometres of taxiways, navigational aids, airfield infrastructure and hundreds of hectares of airfield landscaping.

The expansion and partial renovation of Indooroopilly Shopping Centre includes the addition of multiple new shops, department and speciality stores. An adjoining new plaza at the junction of Station and Stamford roads linking to the centre will also be built as part of the redevelopment.

The Queensland government has prioritised investment in key economic infrastructure for Brisbane; the top 45 projects in the city alone total nearly $50 billion, and there are many more planned in varying shapes and sizes. While the city was once considered to be lagging behind its interstate cousins in the infrastructure game, this is all changing. 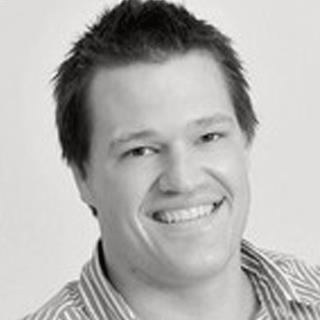