The speed of population growth in Australia has been winding down since reaching an annual peak in December 2012, when the national population grew by 1.78 per cent over the year.

With overseas migration moderating and a slowdown in the rate of natural increase, the annual rate of population growth across the country has slipped to 1.69 per cent over the year ending March 2014. The more timely overseas arrivals and departures data indicates that net overseas migration to Australia is continuing to slow down, so we should expect the rate of population growth to continue tapering over the near term.

Victoria is now the national leader for interstate migration, taking the title away from Queensland since the September quarter last year, based on annual net migration figures. Net interstate migration into Victoria is currently at a record high, with a net 2,468 more residents moving to the state from other regions of Australia. Net migrants from NSW were the most substantial interstate contributors to Victorian population growth; however, the trend of interstate arrivals from the mining states to Victoria is at record levels and trending higher.

Net interstate migration into South Australia hasn’t changed a great deal over recent years with the quarterly rate of net migrants typically bouncing between -1,500 and -500 over the past decade. The largest portion of state residents are lost to Victoria, where over the year ending March 2014 there was a net interstate loss of 1,827 residents to Victoria.

Western Australia still lays claim to the title of ‘fastest growing state’ with an annual population growth rate of 2.5 per cent, but there has been a consistent moderation in the rate of growth since a recent annual peak of 3.72 per cent over the year ending September 2012. WA is still attracting positive net interstate migration; however, there were only 256 net interstate migrants to WA over the March quarter, down from a recent high of 3,395 over the March quarter of 2012. 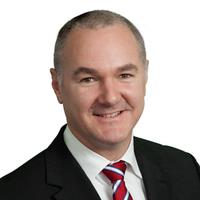